Wilson Bethel is fulfilling a dream with this Tuesday’s All Rise (OWN, 8/7c). The actor stepped behind the camera for the episode, marking his directorial debut and checking off a goal that’s been a decade in the making.

“It’s been something I’ve been thinking about for many years and had been trying to force my way into for quite some time,” Bethel tells TVLine, “and this was finally the opportunity that I’ve been waiting for. So this was an incredibly exciting thing for me.”

The installment is also a big one for his character Mark, who finds himself in the middle of a case that causes tension with both his BFF Lola and her husband Robin, Bethel teases in the following Q&A. On top of that, Mark learns some “new information” that might explain why his fiancée Amy has been stalling on finalizing her divorce and moving ahead with their own wedding plans.

TVLINE | Was wanting to direct something that started back in the Hart of Dixie days? Or was it something that you started thinking about more seriously once you were on All Rise?
No, no, it definitely started back in the Hart of Dixie days, and at that time, I had started producing some stuff and I made a couple of web series with a friend of mine that he directed. But just starting to do more behind the camera stuff at that time, really, cued up my interest in ultimately, one day, directing. I also write and produce and do all these other things. So it felt, in some ways, like an inevitability of just making that shift, but it’s a scary one, too, when you’re the guy calling the shots on set and there’s skills that I just hadn’t really exercised, both in terms of camera stuff, in terms of directing actors, in terms of moving a day along and keeping it on schedule and all those kinds of things. So the learning curve is definitely sharp. But it was a really deeply inspiring and exciting experience for me, and it’s something I want to do a lot more of now.

TVLINE | They did not go easy on you in this episode. There’s a lot of storytelling, a lot of big, heavy storylines.
Yeah, no kidding! 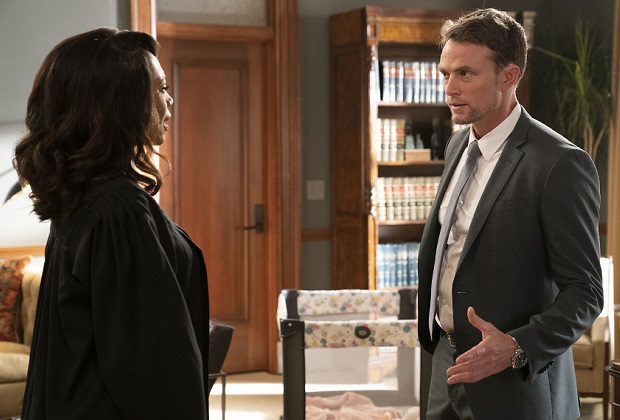 TVLINE | Can you talk about what’s going on with Mark, professionally and personally, in this episode?
There’s a few different things for Mark. One is him pursuing this smash-and-grab case that’s heating up, and then coming into conflict with Robin, who, obviously, in other circumstances would be a friend and an ally, but in this case, they’re at kind of cross purposes here. So there’s conflict there that then spills over into Mark’s relationship with Lola, certainly Robin’s relationship with Lola, and there’s this kind of triangulated three-way mess that explodes there.

Simultaneously, Mark has handed off this important case to Teddy and is kind of mentoring him a little bit as Teddy takes the reins on this very big case. That’s more Teddy’s storyline, but certainly, Mark is involved in it. And then lastly and importantly, there’s this cliffhanger or situation that builds to the end of the episode between Mark and Amy, where some kind of new information comes out to Mark that throws him into a little bit of a tailspin as far as what his understanding is of Amy’s relationship with her ex.

TVLINE | I found the Mark/Robin/Lola storyline very interesting because it touched on something that the show hasn’t explored a lot, which is that Mark and Robin also have their own friendship and their own history.
Totally. Exactly. It also feels realistic to me [that] just [as] in IRL [with] our closest friends, we also have relationships with their partners. And in this case, it’s even more complicated because their professional relationships also overlap. So it makes sense that there would be complications that arise. One of the through lines of some of these relationships on the show is that these complicated friendships have conflict arise, but there is obviously an underlying love and trust. So hopefully they work their way through. 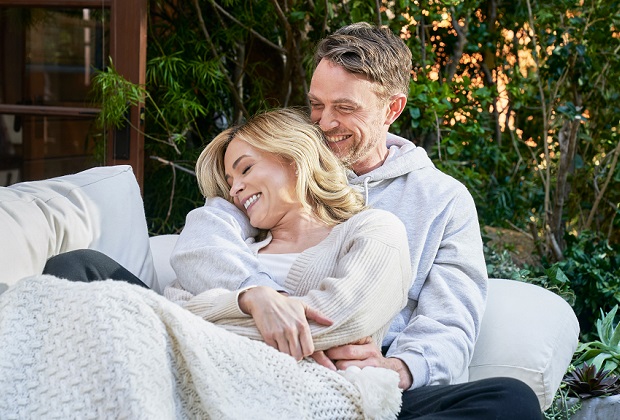 TVLINE | We have to talk more about Mark and Amy because things have been kind of weird between the season. How worried is Mark about Amy’s hesitancy to move forward with their wedding plans and about her husband?
I think Mark is as concerned about it as Wilson was. [Laughs] I wanted nothing more than to have there be a smooth or smooth-ish transition into wedding planning and just moving on, but the ghost of Collier just doesn’t seem to die. It’s complicated, for sure. But I will tease that it does resolve eventually. I might have liked it to resolve sooner. [Laughs] But it does resolve eventually.

TVLINE | Are you eager to film a wedding episode? Is that also part of it?
Yes. At this point, yes. It’s all good and within the spirit of making television to tease things out, but at a certain point, you got to give people what they want.

TVLINE | You’re also dealing with a pretty difficult subject matter with the case that Teddy’s on, which is a sexual assault case involving strippers. How did you go about navigating that in your choices as a director?
It was super important to me to take it really seriously. Our writer, Nicole Feste, did an incredible job. This is really one of my favorite scripts we’ve had over all three seasons. I thought she did a really wonderful job. And some of that is because she has a lot of firsthand experience of these environments, strip clubs. She has friends and colleagues who work in these places and has been actually very much on the front lines of the first attempt, I think, in a couple of decades to unionize the strip clubs in Los Angeles, which is incredible. So anyway, that’s just to say that her script comes with a huge amount of insight and very personally connected emotions and information. So I just tried to do justice to that. She and I certainly had a lot of conversations about where she was coming from, some of her experience. It was very clear to me very early on that I wanted to try and cast, as much as possible, women from that world, actual real strippers, sex workers.

A remarkable anecdote here is that when I was doing prep for the episode, I was in a bookstore and there was a coffee table book about strip club culture in general, art photographs, whatever. I was flipping through the book, and I was like, “Oh, I’ve got to pick this up because I’m in preparation for this episode.” So I bought the book and I started taking pictures of some of the images and texting them or emailing them to various department heads because I thought they were great reference points for makeup, for wardrobe, for lighting, etc. And when I sent over one of the pictures to the casting department of this young woman, Nicole chimed in and said, “Oh, I actually know her, this young woman, and I can get her to audition for the part if that’s that works for you,” and I was like, “Yes, she should absolutely audition for the part!” And that was the woman who ended up playing Eden, our main guest actor, who just did an incredible job and really steals the episode. But again, having that kind of authenticity, having that kind of real emotional connection to the material, is just invaluable and especially when the storylines are as intense and charged and meaningful as this one. Having it hit with the weight of real experience, there’s just no substitute for that. My approach [was] just trying to make it as real and grounded as possible. 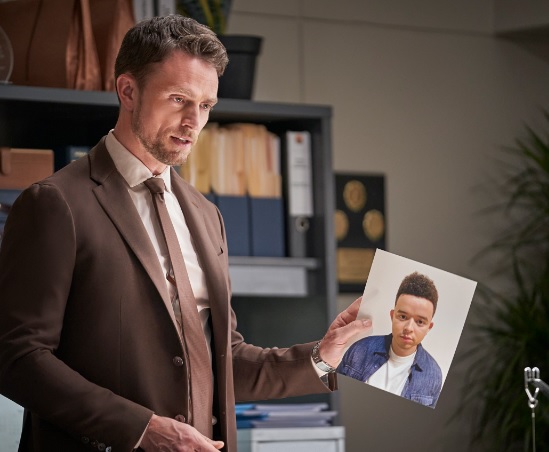 TVLINE | I also wanted to ask you about something they haven’t touched on in a couple of episodes: the DDA job that Mark is supposed to be finding the replacement for, when it seems like it would only be natural for him to step into that position himself. What’s holding him back?
Yeah, I think Mark is one of these guys — if you watched Hart of Dixie, maybe you actually recognize it as a trait of Wade’s, too, which maybe then is just a trait of mine. [Laughs] But I think he has a little bit of a fear of failure, maybe fear of stepping out into bigger roles, into more challenging territory, as a lot of people do. That fear, that underlying insecurity or whatever it is, is the thing that is standing in his way. It’s one of those things that oftentimes everybody around that person can see, “Oh, this is the most natural fit. You’d do a great job doing this thing.” But it’s hard for the person themselves to imagine that. So they’re looking for everybody else but themselves to fill that role. It will resolve eventually. But yeah, for now, he’s still very much in that phase of looking elsewhere, which is unfortunate because I agree [that] Mark is absolutely suited to the job.

TVLINE | Finally, how does this episode propel you into the midseason finale that’s coming up, which I hear is very dramatic.
The midseason finale goes bats–t crazy. The chaos that ensues in the subsequent episode is very much tied to the smash-and-grab situation that’s percolating in the episode I directed. So pay attention!