Mary Alice, an Emmy and Tony Award winner best known to TV viewers for her roles in A Different World and I’ll Fly Away, died on July 27in New York City, the NYPD has reported.

Alice’s TV career began in the 1970s, with roles on series such as Police Woman, Sanford and Son (as Fred’s little sister, Frances), Good Times, The Doctors and The Women of Brewster Place.

In 1988, having taken a break to tread the boards, Alice won the Tony Award for Best Featured Actress in a Play, for her role as Rose in Broadway’s Fences. (She would collect a second Tony nod in 1995, for her lead role in Having Our Say.) 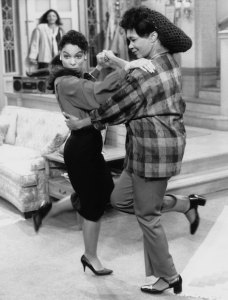 After wrapping her Fences run, Alice joined the NBC sitcom A Different World in 1988 as Leticia “Lettie” Bostic, a Hillman dropout with a colorful past who became the new resident director at Gilbert Hall.

In 1992, she joined the NBC period drama I’ll Fly Away in the recurring role of Marguerite Peck, for which she would earn two Emmy Award nominations, grabbing gold the second time around.

On the big screen, Alice’s roles included Sparkle, Awakenings, Malcolm X, Sunshine State and The Matrix Revolutions, where she played the Oracle.