Paul Sorvino, whose TV credits included Law & Order, The Oldest Rookie and, most recently, Godfather of Harlem, died on Monday of natural causes. He was 83.

“Our hearts are broken, there will never be another Paul Sorvino,” his wife of seven years, Dee Dee Sorvino, said in a statement to the AP. “[H]e was the love of my life, and one of the greatest performers to ever grace the screen and stage.”

Daughter/Academy Award winner Mira Sorvino in turn shared on Twitter, “My father the great Paul Sorvino has passed. My heart is rent asunder — a life of love and joy and wisdom with him is over. He was the most wonderful father. I love him so much. I’m sending you love in the stars Dad as you ascend.”

Born in Brooklyn the son of an Italian immigrant, Sorvino’s original dream of pursuing opera singing was dashed by an asthmatic condition. Turning to acting, his career kicked off in the mid-1970s with a role on the sitcom We’ll Get By, playing the the patriarch of middle-class New Jersey family. 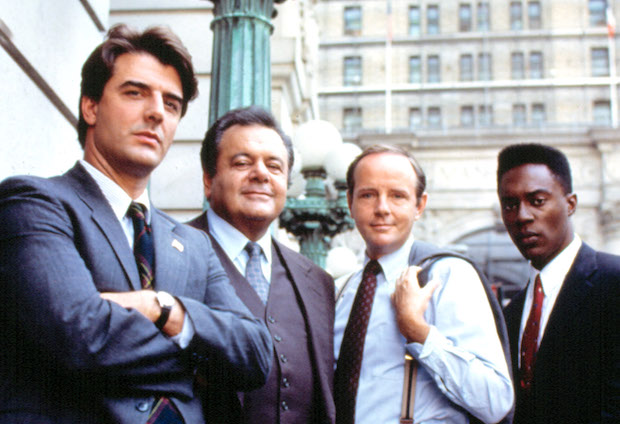 In 1976, Sorvino headlined the police drama Bert D’Angelo/Superstar, followed by the miniseries Seventh Avenue and Chiefs, and then the title role in 1987’s The Oldest Rookie. In 1991, he boarded the original Law & Order‘s Season 2 cast as Sergeant Phil Cerreta, a role he played for one-and-a-half seasons. In 2000, he co-starred on That’s Life, a CBS sitcom from Diane Ruggiero.

Sorvino went on to have TV roles on Still Standing, The Goldbergs (as Ben “Pop Pop” Goldberg), Season 1 of Netflix’s Bad Blood then Epix’s Godfather of Harlem, where he recurred as crime boss Frank Costello.

On the big screen, Sorvino of course of well remembered for his role/garlic slicing in Goodfellas, plus his turn as Henry Kissinger in Nixon.