It was the question on every fan’s mind entering Virgin River‘s fourth season: Is Jack or Mark the father of Mel’s baby? 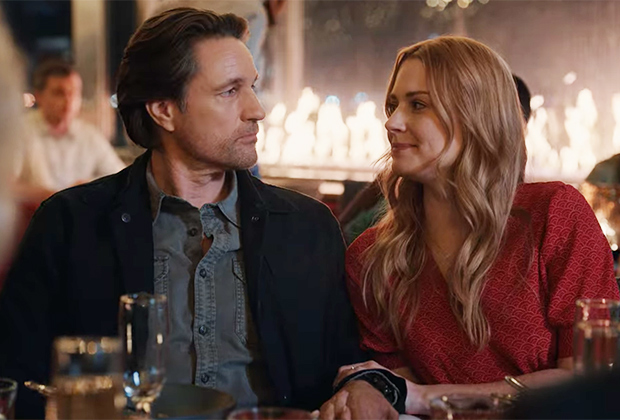 And while we’re grateful to the Netflix drama for finally solving that mystery, it sure took its sweet time doing so. As if the yearlong wait between Seasons 3 and 4 wasn’t bad enough, the big reveal doesn’t come until the final hour.

There is a bright side, of course, which is that the father turns out to be… Jack! Seriously, given how complicated their lives have become, the last thing Mel needed was a constant reminder of her painful history with Mark.

“Mel wants to have a child with Jack,” Alexandra Breckenridge tells TVLine. “She doesn’t want to live in the past. As much as having a part of Mark is significant in a lot of ways to her, she wants to move forward and have a family with Jack. She really doesn’t want to have Mark’s baby. She’s moving forward and needs to leave that part of her life behind her.” Breckenridge also shares in the fandom’s collective relief. “I was gunning for that storyline,” she says. “I was adamant that it shouldn’t be Mark’s baby.”

But that wasn’t the only paternity twist Breckenridge was pleased to discover upon receiving the finale script. “I was also like, ‘I think Charmaine having [Jack’s] kids is absolutely bananas as well,'” she says. “I got my wishes at the end of the season, because that wasn’t really the plan for a minute. I think they were planning to have them go the other direction. I was like, ‘You’re all insane!'” 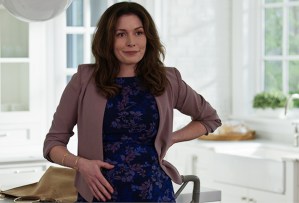 That’s right, folks, the season’s final twist comes courtesy of Charmaine, who blurts out that Jack is not the father of her twins. “I don’t know if I made that happen, but I was definitely the squeaky wheel about it,” Breckenridge says. “Every chance I got, I was like, ‘Are you sure we want to do this? I don’t know if it’s the right direction.'”

Jack being the father of Mel’s baby and not Charmaine’s twins may feel like a win-win at first, but Breckenridge acknowledges that Jack is bound to have some complicated feelings about the latter. “Being betrayed on such a massive scale has to come with anger and hurt,” she says. “He invested himself emotionally and mentally and financially in having these babies. He was really committed. It’s going to be hard, I think, for Jack to let that go.”

Tell us: Did you predict that the outcome of Mel’s paternity test? And how hard did your jaw hit the floor when Charmaine revealed her own mother of a secret? Grade the finale and season below, then drop a comment with you thoughts on those twists.