THE PERFORMANCE | We’ve been worried about Kim Wexler all throughout Saul‘s final season — but we’ve never worried about Seehorn. The newly minted Emmy nominee (it’s about time!) has consistently delivered one of TV’s best performances for years now as the fiercely competent attorney, and she put on an absolute masterclass this week, pulling together her best work yet just as Kim’s life was falling apart. 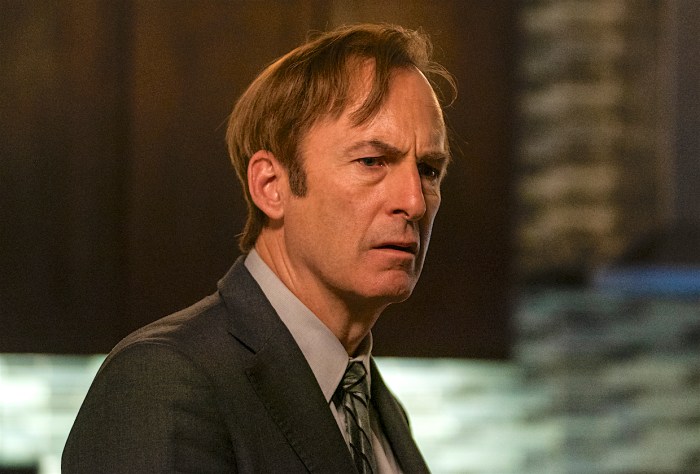 Jimmy tried to help Kim move on from Howard’s horrific death, but the far-off look in Seehorn’s eyes told us she wasn’t moving on anytime soon. Plus, Seehorn tapped into Kim’s formidable courtroom skills as she planted seeds of doubt in the mind of Howard’s widow Cheryl about how well she really knew her husband. But it was Kim’s final scene where Seehorn truly soared. Kim abruptly quit the bar and packed up her things to move out, telling Jimmy “we’re bad for each other… Apart, we’re OK, but together, we’re poison.” Kim started the scene calmly arguing her case like a lawyer, but her emotions slowly crept into her voice when Jimmy told her he loved her. “I love you, too,” she replied, as we could see her fighting back the sobs rising in her throat. “But so what?”

Seehorn was masterful — and heartbreaking — as Kim explained why she never told Jimmy about Lalo still being alive: because she didn’t want them to stop scheming together, “because I was having too much fun.” (Seehorn spit out the word “fun” with such disdain, like Kim hated herself for it.) It was a stunning exit, and one we really hope isn’t the last we see of Kim Wexler. We just enjoy watching Rhea Seehorn too much for that. 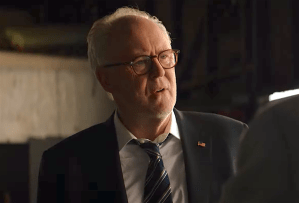 HONORABLE MENTION | It was a treat to watch two great actors spar this season on FX’s The Old Man, and John Lithgow reminded us why he already has a mantel full of Emmys this week with a coolly cerebral yet emotionally turbulent performance. As FBI assistant director Harold Harper, Lithgow showed a flair for espionage, teaming up with Jeff Bridges’ fugitive spy Dan Chase to retrieve Chase’s daughter Emily. But Lithgow also revealed the deep attachment Harper had to Emily after years of mentoring her in the FBI, telling Chase: “She’s my kid, too.” Later, in a silent but gut-wrenching moment, Harper located the van carrying Emily and found her missing, with Lithgow skillfully conveying Harper’s enormous grief without saying a word. Like his character, Lithgow is a seasoned pro who’s still at the top of his game. 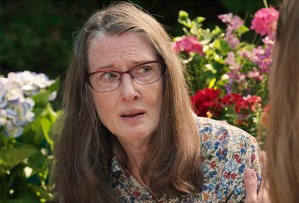 HONORABLE MENTION | Considering Hope spent the entirety of Virgin River‘s third season on FaceTime, we were excited to have the town’s busiest busybody back in the flesh for Season 4. But the reality of her car accident is that Hope isn’t quite the same person we last saw two years ago, and Annette O’Toole is doing a brilliant job of conveying that, as well as portraying a woman at war with herself. From her outburst to Mel about judging herself in Episode 2 to her sobs of defeat and self-pity, O’Toole somehow managed to craft an entirely new version of an complicated character we thought we’d figured out. And you’d better believe we’re rooting for her. 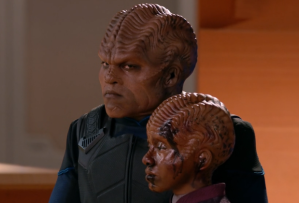 HONORABLE MENTION | The Orville‘s Topa storyline is the gift that keeps on giving us engaging performances, from a range of cast members. This week, Peter Macon — who over two-and-a-half seasons has created an indelible character in Bortus — was front-and-center, as the Second Officer gave chase to the fellow Moclans who dared to kidnap his daughter. In a quiet moment during that pursuit, Macon had the rare opportunity to show a warmer, borderline-flirty/romantic (!) side to Bortus, as he made sure colleague Kelly knew how dear she is to him and Topa. (“You are… a part of our family,” he said, increasing weight attached to each word.) Later, after Topa was rescued from her brutal torture and brought in front of the Planetary Council, Macon rightly roared as Bortus called out the Moclan delegation. “You are liars! And you are  butchers! And you must answer for your crimes!!” Chills. Absolute chills.