OK, American Horror Stories, you have our attention. Again.

The second season of AHS‘ anthology offshoot premiered on Thursday, taking viewers back to 1961 Mississippi, where a wealthy toymaker (Denis O’Hare as Mr. Van Wirth) is seeking a new mother for his son Otis. 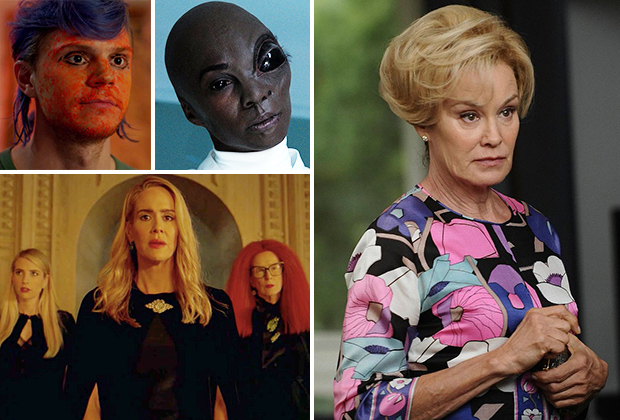 But the story is hardly as sweet as it sounds. For starters, Otis is only motherless is because Mr. Van Wirth caught his wife in bed with another man — a sin that got them both tossed naked into a deep well.

And the process of selecting a new mother is even more horrific: Mr. Van Wirth kidnaps innocent women, turns them into living dolls, then forces them to compete in a “pageant.” The unwilling contestants are tested on everything from place setting to shirt folding, and whomsoever receives the lowest score gets a one-way trip down the aforementioned well.

It’s enough to drive you insane — and it does, with one of the dolls attempting to murder newcomer Coby (The First Lady‘s Kristine Froseth), who earns Otis’ favor by showing him magic tricks. Coby inspires her fellow dolls to escape, but because she’s the only one who makes sure that Otis is also safe, her life is spared. And after the others are shot dead in the woods, Coby is announced the “winner” of the competition, earning the oh-so coveted title of Otis’ new mother.

But the real kicker comes in the episode’s final few minutes. A pair of women — witches, as it turns out — infiltrate the dollhouse after sensing Coby’s spells. After freeing Coby from her plastic prison, they burn Mr. Van Wirt and his henchman alive, taking Coby and Otis somewhere they’ll be safe.

That “somewhere” happens to be Miss Robichaux’s Academy for Exceptional Young Ladies, the very institution that serves as the setting for American Horror Story: Coven and Apocalypse. Furthermore, Otis is told that it’s safer to go by his middle name, Spalding, at which point it becomes clear that he’s the younger version of O’Hare’s Coven character. 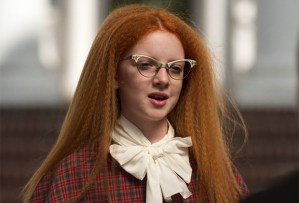 An additional treat then comes in the form of a young, bespectacled redhead — a girl who introduces herself as Myrtle Snow! “I plan to run this place someday,” she says. (Oh, girl, if only you knew what was coming.)

Your thoughts on the American Horror Stories premiere? Did you predict the last-minute Coven/Apocalypse connection, or were you totally blindsided? Grade the episode below, then drop a comment with your full review.