It’s the moment Virgin River fans never thought they’d get to see — and the moment Jack never wanted to see.

Virgin River Catch-Up: What to Know Before Watching Season 4 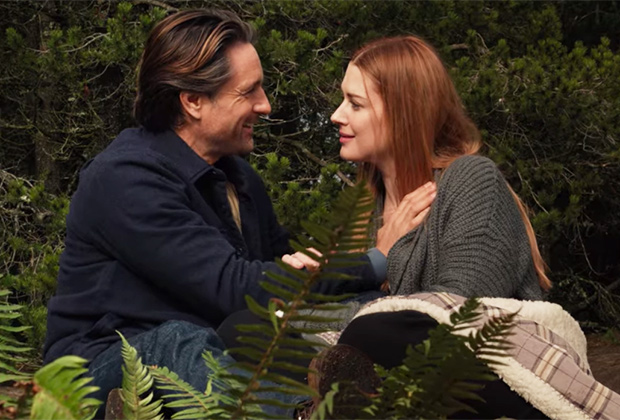 Then she goes and says it: “We also have to consider Mark.” And not just as a name. “The baby might be his, remember?” Right on cue, in walks Mel’s dead ex-husband, who acknowledges Jack before greeting Mel with a kiss.

The entire incident turns out to be a figment of Jack’s imagination, a manifestation of his fear that Mel’s baby might not be his. This should be obvious for two reasons: (1) Mark is dead, and (2) There’s no way Mel would be that far along given the pace at which this show crawls.

“Wasn’t that funny?” Alexandra Breckenridge tells TVLine of Mel’s men meeting for the first time. “It was funny to film, too, because [Martin Henderson and Daniel Gillies] have known each other from years and years ago. But obviously they’d never worked together on the show.”

And where do they know each other from, you ask? Funnily enough, Henderson and Gillies previously played romantic rivals in the 2004 movie Bride and Prejudice, so this is really nothing new. Behold: 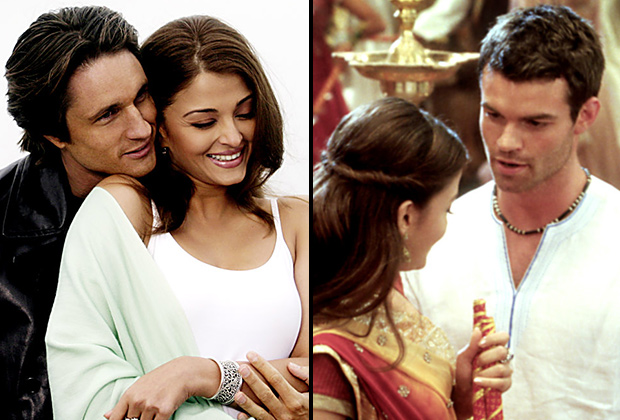 But before you start asking yourself questions like “How would Jack know what Mark looked like?” just know that it’s best not to overthink this one.

“Mel has pictures of Mark, so maybe Jack saw one on her computer or something,” Breckenridge theorizes. “I hadn’t thought of that, but yeah, he probably wouldn’t have known what Mark looked like. That’s funny.”

As for whether Mel’s baby is Jack’s or Mark’s, the paternity is confirmed by the end of the season. It’s a storyline that Breckenridge admits can be “rather confusing” once you start digging into the science of it all.

“Most of the time people have to be on hormones before they can even do that kind of procedure, because it has to be during a certain part in their cycle,” she says. “So it’s very specific. Is it feasible that she actually got pregnant at this time with Mark’s baby? I think the timeline between when she was with Jack and when she had the IVF is very close together. Obviously she was quite fertile.”

Despite Jack’s fears, however, it’s pretty obvious that Mel is hoping he’s the father. As Breckenridge explains, “She really did not believe that they were getting back together last season. Mel wouldn’t have [had the procedure] if she thought there was a shot in hell that she and Jack would be together again.”

Did you enjoy the Jack-Mark dream as much as we did? Who are you hoping is the father of Mel’s baby? (No spoilers from those who have watched ahead!) Grade the premiere below, then drop a comment with your thoughts.