Nearly three years after its freshman finale on CBS, Blood & Treasure resumed globe-trotting this Sunday with the first two episodes of Season 2, now exclusively on Paramount+. Are you along for the ride?

EPISODE 1 | For the characters, it has been four months since the events of the Season 1 finale, in which the duplicity of antiquities expert Danny McNamara’s father figure, Jacob Reece, was revealed, before he and art thief cohort Lexi Vaziri got the drop on terrorist “Karim Farouk” aka Simon Hardwick. Danny and Lexi are playfully debating their future — he is wont to see where the days take them, while she is privately wishing for something more planned out — when they get wind of a terrorist attack on the Vatican, which left Father Chuck Donnelly and others wounded, and some slain. Just as this mystery (including the meaning of a symbol left behind in fire in a Vatican City courtyard, and branded on one gunman’s hand) arises, Danny is approached by a representative for the incarcerated Jacob Reece, who has been trying to make contact. Reluctant and skeptical but promised that Reece has intel on the Vatican attack and the perpetrators’ interest in a long-lost antiquity called “The Soul (or Spirit Banner) of Genghis Khan,”  Danny and Lexi head over to an Italian prison… only to learn that Reece had just been murdered, stabbed multiple times. 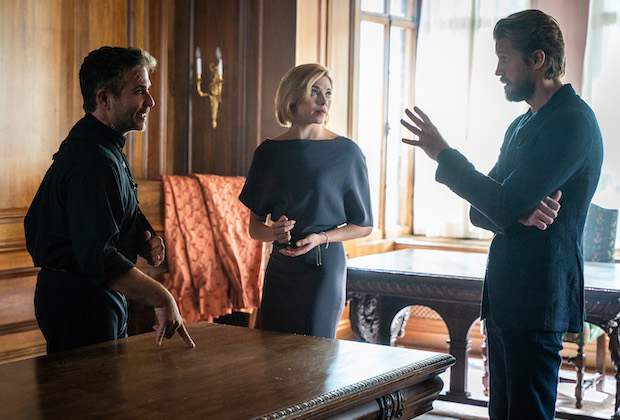 Danny and Lexi return to Reece’s estate, where board members are converging in the wake of his mysterious death, with the hope that files missed by the INTERPOL sweep might point them to what he knew about The Soul of Genghis Khan. There, Lexi meets Jacob’s daughter Katie, who arranges access into her father’s home office … and who, an arriving Chuck blurts out, was once engaged to Danny!  In a hidden safe, Lexi finds a seal inscribed with the address of a camera shop in Hong Kong. Descending upon that address with an insistent Katie in tow, the three discover that the camera shop is a front for a collection of safe deposit boxes, managed by the Triad. Inside the one that Jacob and his father before him used to access, they find an old film by the CIA, which recounts Stalin’s interest in the Spirit Banner and its… powers. But just as the three exit the ersatz bank, a mystery man who’d been conspicuously following them initiates an attack/kidnapping, grabbing Katie and leaving the others behind. In the aftermath, Danny and Lexi are licking their wounds when they are called on a planted cell phone and instructed to find The Soul of genghis Khan in 72 hours, or else. Danny and Lexi decide to get wrapped up in this one last Reece-fueled caper, if only because Katie’s life is at stake — unaware that she is in cahoots with the men who grabbed her. 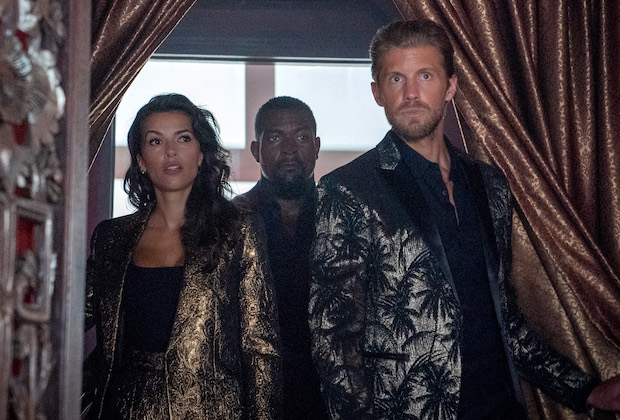 EPISODE 2 | With but one good clue to go on — Chuck learned from a fellow clergyman(/Vatican Intelligence member?) the unique make of a gun he saw used during the Vatican attack — Danny and Lexi seek out Shaw, who now runs a bar in Vietnam. Shaw in turn recruits a local detective who tells them about the spirit banner’s pursuer (an ascendant crime lord known as “The Great Khan”) and points them to — but advises them to steer clear of! — an island getaway for “the worst of the worst,” the Jade Viper Club. The plan is for Shaw to take over the weapons check at the club, while Danny and Lexi look around for a man with a branded hand. Thing is, Lexi is forced to prove her worthiness by participating in the Jade Viper’s fight club, where she happens to be pitted against her “former partner” (“in crime”), Violet, who is plenty miffed about being left holding the bag after a years-ago caper. 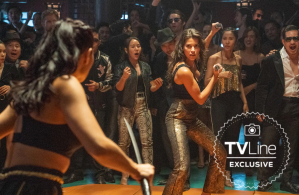 While Lexi holders her own (at first!) against Violet, Shaw commandeers the weapons check. Soon enough, he signs in the very unique gun belonging to Zhang, a man with a branded hand. Danny follows Zhang into a high-stakes mahjong game using Shaw’s $30,000 watch as a buy-in. Adopting a drawl, Danny passes himself off as a leader of “The Fraternity of Freedom,” a Stateside militia group that is interested in allying with The Great Khan.  Meanwhile, Lexi winds up slashed and then KO’d by Violet, only to learn afterward that Violet isn’t actually that angry, because she would have similarly bailed on Lexi if the roles had been reversed years ago! And while Violet makes some fun of the “glass of skim milk” Lexi is now dating, she is conversely quite taken by the hulking and debonair Shaw.

Danny bests Zhang at mahjong, and though he rightly won the guy’s boat, he asks instead for an audience with The Great Khan. Zhang laughs him off and then flees, while his henchman try to stop the American. A chase ensues, with Danny leaping off a platform into the water taxi Zhang grabbed. This builds to a draw atop a small footbridge, where Zhang holds Lexi at gunpoint, until Violet whips a blade into his shoulder and Lexi flips the baddie over the railing into the drink below. Afterward back at Shaw’s, Danny discovers a listening device beneath an orchid, and a conversation with the wee lad who “helps out” at the bar downstairs reveals that Katie planted it! As the gang reels at this latest instance of Reece family duplicity, we cut to a nighttime scene that introduces The Great Khan, who is in the midst of having Zhang fed to a bask of crocodiles!

What did you think of B&T‘s lonnnnnng-awaited, double episode return?