Because just as Blood & Treasure‘s freshman run was kicking off on CBS in May 2019, series creators Matthew Federman and Stephen Scaia were sketching out the story for Season 2. And as we all know, a lot has happened in the real world since then, much of it… not good. So, as the EPs share in this TVLine Q&A, brace yourselves for some “prophetic” plot points.

When Blood & Treasure‘s 13-episode sophomore season premieres Sunday, July 17 on Paramount+ (with the first two episodes), antiquities expert Danny McNamara (played by Matt Barr) and art thief Lexi Vaziri (Sofia Pernas) are tracking down the last of Farouk’s black market antiquities, after which they begin to make plans for their future. Said plans, alas, are quickly derailed when the Vatican is attacked by terrorists, leading the duo on a hunt to recover one of the greatest lost treasures of Asia — the Spirit Banner of Genghis Khan.

What is this “Spirit Banner,” and what gorgeous scenery will the gorgeous Lexi and Danny traverse whilst searching for it? Federman and Scaia spoke with TVLine about the (long-awaited) adventure ahead. 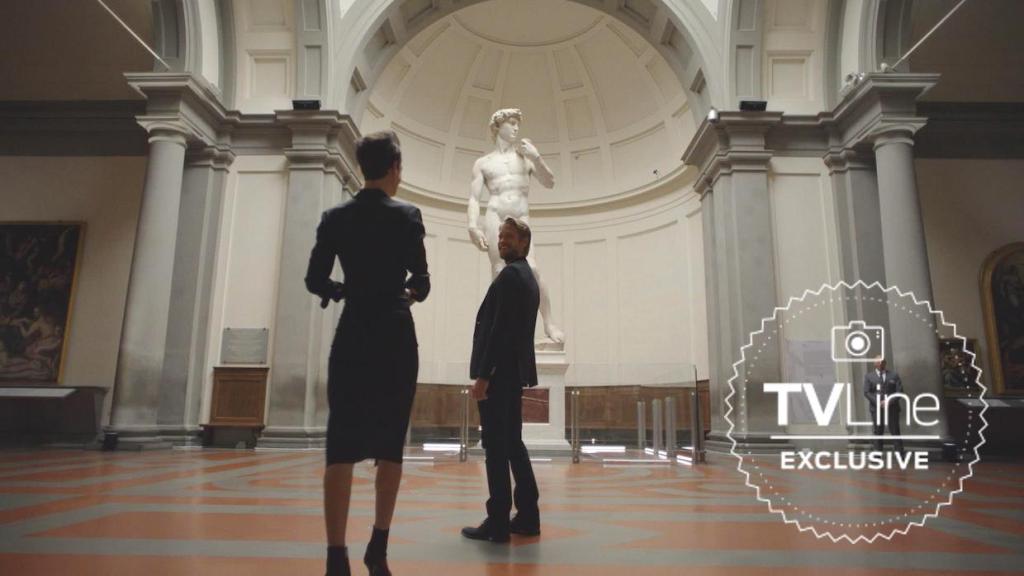 TVLINE | As we watch Season 2, just how old is the oldest frame of film that we’re going to be seeing, since you starting production so long ago?
MATTHEW FEDERMAN | Oh my god, the oldest frame of film would be, what? Were we shooting in 2019 or 2020…?
STEPHEN SCAIA | We started shooting in, I believe it was, September of 2019. But actually, if we’re truly saying “the oldest piece of film,” we shot some exteriors up in the mountains above Rome for our Mongolia episode, in July of 2019.

TVLINE | As time passed and you awaited a premiere date, did you keep your eyes and ears open for any dialogue that might need to be re-dubbed? Like, was there any unfortunate reference to Russia and Ukraine?
SCAIA | It wasn’t even that tricky. At one point, we literally say, like, “It’s going to be the year 2020.” So, we’re going to have to go through and just scrub out all the specific year references. We even named an episode “The Year of the Rat,” because in the zodiac calendar, that was [2020]. In our fictional world, it will still be that, but it’ll be “present day.” There will be no specific year mentioned.

TVLINE | I was curious watching the screeners, because the title card says “Present Day,” but the characters refer to “four months” having passed. So, it’s present day… for the characters?
SCAIA |  Exactly. And it’s really hilarious to us, because we came up with the most ridiculously outlandish story we could come up with in spring of 2019, one that no one would ever think of, and — no spoilers —  it’s really interesting how prophetic we were.
FEDERMAN | There are going to be a lot of times where we’re going to need to be publicly saying, “Now, remember, this was all conceived of in 2018 and 2019, so don’t read anything into anything that’s happening here.” We’re not commenting now on specifics, but…. yeah. 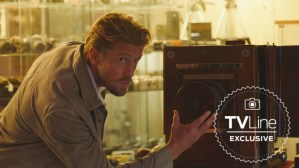 TVLINE | Coming out of Season 1, was there anything you wanted to lean into, and anything you decided to pivot away from, for Season 2?
FEDERMAN | One big thing we learned was that the show felt like it worked the best the more we leaned into it as a pure adventure show and the less it was [something where] police and authorities were involved. INTERPOL was a big part of Season 1, but the next season is more the characters on their own and not really involving the authorities.
SCAIA | We figured out the show works way better when there are underdogs in the story, and it’s not about anyone’s past working for the FBI. It’s just that pure adventure story of, “Hey, our friend has a problem. We are going to solve it.”

TVLINE | Tell me about Season 2’s big target, “The Spirit Banner of Genghis Khan.”
FEDERMAN | We want to make sure that the show is always focused, first and foremost, as a treasure hunt, going after a real and interesting artifact that has disappeared from history. The Spirit Banner of Genghis Khan was the war banner that Genghis Khan rode into battle with, and in their mythology, when a warrior died, their last breath was kind of “breathed into” their war banner, making it a “spirit banner,” because now their soul is kind of trapped into the horse hair. So, theoretically, the spirit of Genghis Khan is in this banner, and it’s a thing that has been truly looked for throughout history and not found. But now we get to kind of fill in our own answers of what happened to it and why, and send our people on a treasure hunt that’s running parallel to history. 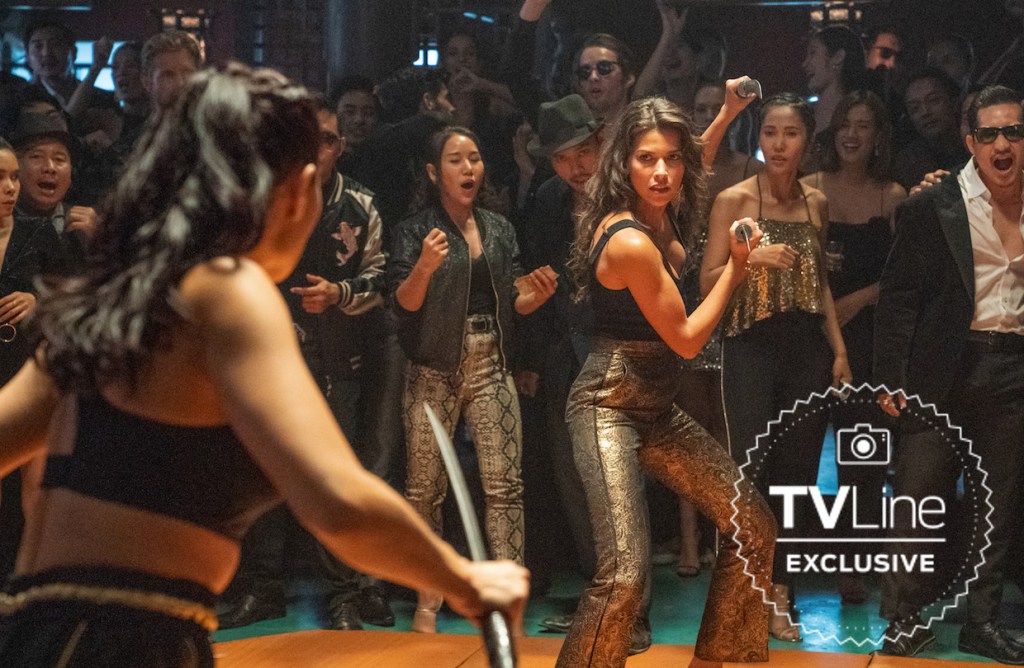 TVLINE | Mr. Matt Barr was telling me about some of the great places you got to visit this time around. Where all did you go for Season 2, and were there any particular production challenges?
SCAIA | Oh my God, production challenges…. First of all, we got through about two-thirds of our production schedule before we were stopped by COVID. On top of that, we had to finish the work that we hadn’t finished. I think we had seven days left in Thailand to shoot, including multiple days in one set that we had been on for two of three planned days, but on that morning of the third day, we were shut down. We packed everything up, we all came home, and we waited out the storm of the first round of COVID. And once we got back up and running, we had to recreate that location in Italy, because we were allowed to go back on the road but we were only allowed one place to go.

And we had to make all of that fit within our production schedule in Italy, so I have got to say, it was really impressive what our production team was able to pull off. Not just everybody staying safe during a really crazy, dangerous time, but also being able to do things like replicate a rooftop in Hong Kong on the top of the old Fiat factory outside of Rome, or turning the Tiber into the Mekong River.

TVLINE | And were you shooting Thailand for Thailand, or Thailand for Vietnam?
SCAIA | It was Thailand for Thailand, for Vietnam, for Laos, for Cambodia, for Myanmar/Burma…. This season, in terms of where we go for the story, we start in Rome, we go to Mongolia, we go to Hong Kong, we go to Hanoi…. Home base was Montreal again, we did all of our sort of Eastern United States/Western Europe stuff, and then we hit the road.  And then we were wrapping things up in Italy for some of our very specific Rome/Italian stories, but also it doubled for the hills of Mongolia. And there’s an entire sequence that takes place across two episodes, in the jungles of Laos, and we had to shoot most of that second episode just outside Rome. Aside from having to VFX out a few castles, it did a great job. 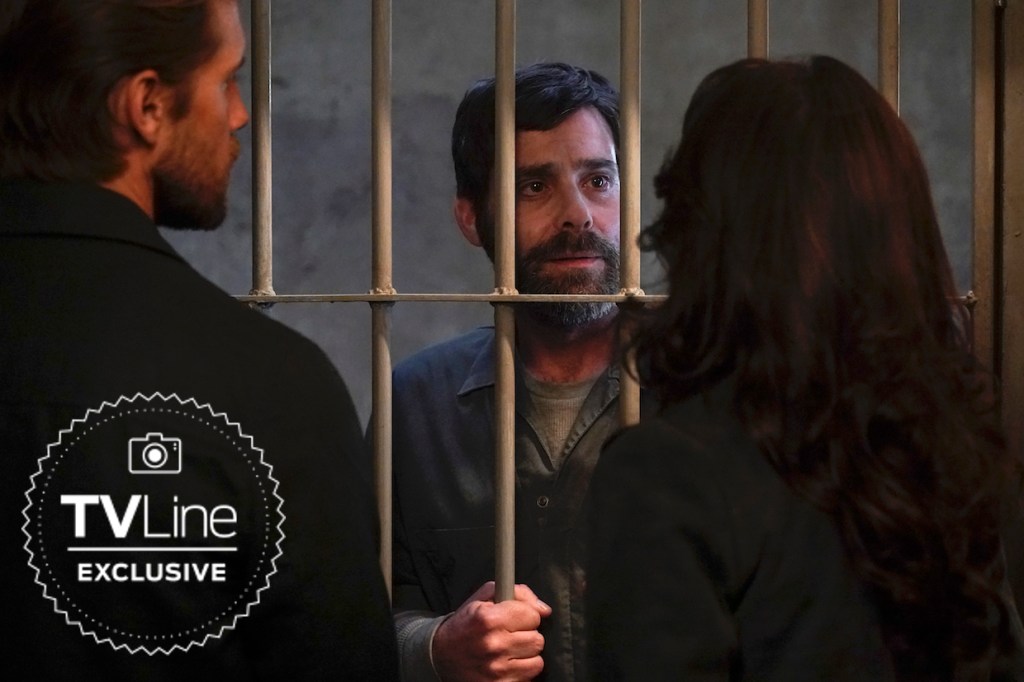 TVLINE | How would you describe Simon Hardwick’s (James Callis) role in Season 2? Is he sort of “the devil we know” and begrudgingly have to deal with on occasion?
FEDERMAN | Everyone kind of expects a bit of Hannibal Lecter. We actually call that out but decided to flip that on its head, and rather than have it be about [him] breaking out, it’s actually the villain who realizes how useful he is, and the villain is the one who ends up working with [Simon].  Simon realizes that, as bad as prison was, he may actually be in a worse situation [by helping them].

TVLINE | What new characters will we meet in Season 2?
FEDERMAN | The overall idea was that we didn’t want to undo the end of the first season the way a lot of shows do — where your characters get together at the end of one season, and then you need some kind of drama to happen, so you break them up. Danny and Lexi are kind of moving forward in their relationship, and we thought, “Well, when you’re moving forward in your relationship and you’re heading towards ‘OK, is this going to be a forever thing?,’ you kind of do the tour of the most important people to you. We wanted the show to have that feeling where, basically, “you meet your exes.”

So, we’re going to meet someone important from Danny’s past (Kate, played by Pour toujours, plus un jour‘s Victoria Diamond), who is the daughter of [John Larroquette’s] Jacob Reece. And we’re going to meet someone important from Lexi’s past (Violet, played by Mortal Kombat: Legacy’s Michelle Lee), who was basically her partner in crime. Danny and Lexi have come a long way since the first season, they both have evolved, and now these characters from their past will try to pull them back to what they were, while also exposing certain fractures that are already in Danny and Lexi’s relationship. 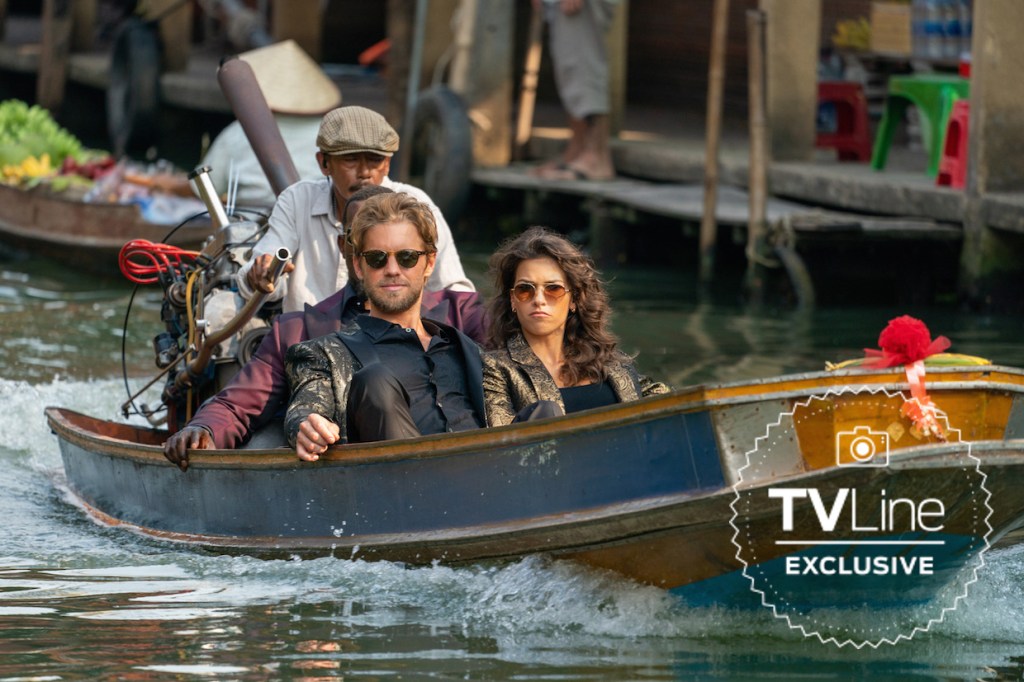 TVLINE | There are some real gems among the first photos that TVLine released. What is the prettiest location shoot we should watch for?
SCAIA | That’s a really tough call. The game-changer for us this season was the ability to use drones. Everything was far more remote, far more on location than last season, and to do that you can’t bring a Technocrane. You can’t bring a Russian Arm with you to shoot action scenes. But we did have a really great drone operator, and one of the few benefits of the lockdown was we were able to get all of our exterior drone footage in Rome without any trouble, because there was nothing in the skies over Rome for a couple of months! We were able to just put our drone up there and shoot as much as we wanted. So [the prettiest shot is] either the hills of Mongolia, the jungle of the Golden Triangle, or just Vatican City itself.

It feels like a blockbuster movie, and I’m just really proud of what we were able to do and how hard our crew and cast worked, during a really crazy time, to make a show that’s bigger and better than last season. It feels like the thing we’ve always talked about it being, which is the vacation maybe you don’t get to go on or a really great, fun summer read.

Want scoop on Blood & Treasure, or for any other show? Email InsideLine@tvline.com and your question may be answered via Matt’s Inside Line.