By now, we all know, don’t we, that Stranger Things’ Henry Creel had a beyond hard time of it, what with being so very different that he was remanded to Dr. Brenner’s care and branded “One.” But what we could only guess at — until this very moment — was how tricky a proposition playing Vecna was for Jamie Campbell Bower, especially when natured called. 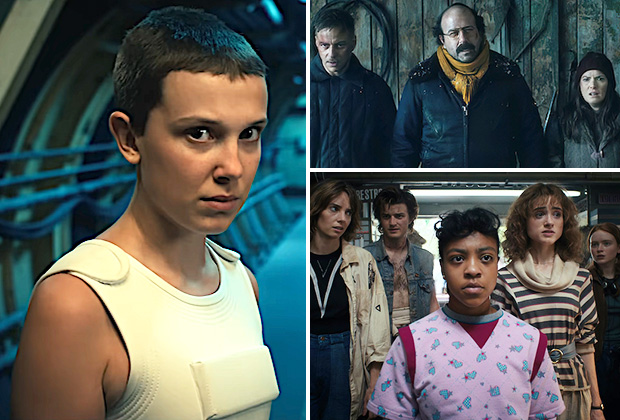 The procedure that ensued was, let’s be real, “very complicated!” he tells TVLine with a laugh. “The top half [of the costume] is glued [to my body], and then the bottom half is like these trousers, and there’s a flap.”

Which may not sound so terribly bad. And yet… “Poor Duncan [Jarman, the makeup-effects department co-head] would have to un-pop me first of all, and then there’s a zipper in the trousers,” explains the actor, whose big break came with his casting in 2007’s Sweeney Todd: The Demon Barber of Fleet Street. “Then [someone] would have to stand outside the restroom.”

Erm… why was that, exactly? “I can’t really touch anything,” Bower says. “I had these nails glued on as well as the hands. So I’d come back from the bathroom with, like, a nail coming off and say to [makeup-effects artist] Mike Mekash, ‘Mike, can you fix my finger? I’m really sorry!’

“So yeah,” he concludes. Bathroom breaks during Season 4 were “very, very complicated and not something I think we can fix, if I’m being honest!”

While you’re here, review the highlights of Season 4, Part 2, in the eye-popping photo gallery above. And hit the comments with the moment that you found most impactful.