If The Flash left your head spinning with its many recent reveals — including Tom Cavanagh’s Thawne being nested inside of Matt Letscher’s, eww — the Season 8 finale will connect many (if not all) dots.

Flash showrunner Eric Wallace tells TVLine that when the episode “Negative, Part Two” arrives on Wednesday at 8/7c, “There’s a little bit at the top” in which Cavanagh’s Eobard Thawne aka Reverse-Flash sheds light on how Iris’ tragic death (at an unwitting Barry’s hand!) breathed new life and speed into the recently departed sinister speedster.

“And then you’ll hear it in the words of the people who are putting this all together, the masterminds behind everything that’s been happening in Season 8,” Wallace previews. “You will get an explanation from our ‘Big Bads,’ the Negative Forces themselves (played by Christian Magby, Ennis Esmer and Sara Garcia), about why they’re doing what they’re doing, and why they did it now, which is pretty awesome.”

The explainer will stop short, though, of detailing exactly when and how Iris got infected with Time Sickness in the first place.

“You get the basic timeframe, and when and why [Iris was infected],” Wallace says. “All of those questions do get answered. But you don’t get, ‘It happened on a Tuesday at 7 o’clock!'” 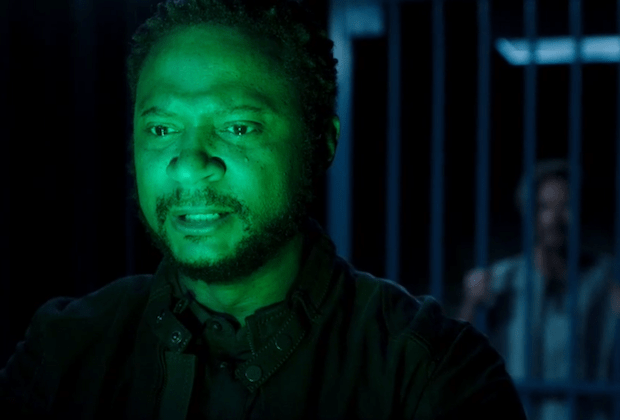 During TVLine’s in-depth Q&A with Wallace — the bulk of which will be published Wednesday night after the finale — we also asked about how/why Arrow hero John Diggle’s “Green Lantern”-y arc was recently brought to a close, and quite randomly, as The Flash‘s season built to its own climax.

Simply said, The Flash was not renewed for Season 9 until after the script for the finale had been written, so anything preceding that assumed that the Arrowverse’s senior-most series would not be around much longer. Wallace thus felt a duty to bring Dig’s arc to a close.

“We were thinking, ‘Oh my goodness, we have to do this because maybe no one will get a chance to!'” Wallace told TVLine. “I talked to David [Ramsey] myself, and told him, ‘I’d like to give this some closure,’ and he was all in favor of it. And when I told him what we had planned, he thought it sounded fantastic.”

Wallace says that June 15 wrap-up — in which Diggle declined the “cosmic” invitation made by the glowy cube he found in Arrow’s series finale, before hurling the box into a void  —  also “served a larger purpose” by further teasing a Blackest Night storyline from the comic books, which was previously brushed up against with The Flash‘s mid-season introduction of the true Deathstorm (played by Robbie Amell).

But whether The Flash can ever go all-in on that, Wallace is quite unsure, awaiting as he is word on whether Season 9 will in fact be the last season.

“I’m a comic book nerd and I wanted to plant some Blackest Night seeds, and that Diggle moment helped me do that,” he shares. “But I don’t know if we’ll ever get to it.”