Warning: The following contains spoilers for The Summer I Turned Pretty Season 1. Proceed at your own risk!

The Summer I Turned Pretty‘s use of Taylor Swift’s “This Love (Taylor’s Version)” in its trailer was just the beginning.

During the course of the YA drama’s first season, several songs by the Grammy Award winner are featured in the Prime Video series, which was adapted by Jenny Han from her book trilogy. The show revolves around the love triangle between 16-year-old Isabel “Belly” Conklin (Lola Tung) and the Fisher brothers, broody Conrad (Christopher Briney) and easygoing Jeremiah (Gavin Casalegno), with whom Belly has grown up. Each summer, Belly and her family spend the summer with her mother’s best friend and her sons at their home in Cousins Beach. But this summer is different because Belly has blossomed, and the Fisher boys are taking notice.

Swift’s music plays during many pivotal scenes between Belly and her first love/crush Conrad, including the first time the pair see each other since last summer. As Conrad approaches Belly in the premiere, the scene goes slo-mo and the sounds of “Lover” cue up. Other notable Swift tracks getting prominent placement: “False God” (when Belly and Conrad almost kiss in Episode 4), “The Way I Loved You (Taylor’s Version)” (when Conrad steps in after Jeremiah goes MIA during Belly’s debutante ball dance in the finale) and “This Love (Taylor’s Version)” (when Belly and Conrad finally kiss at the end of the finale).

So how did Swift’s music become such a big, integral part of the show? “It’s really just that I’m a fan. It’s that the book fans are fans. And it’s a really perfect marriage of those two things,” Han tells TVLine. “The Venn diagram of Swifties and Summer fans, it’s like a circle. It’s like all overlap. And as we were telling the story, there’s just so many moments where I [was] like, ‘This could use a little bit of Taylor Swift.’ It was as simple as that. We have a lot of great music on the show, but I’ve always felt that her storytelling as a songwriter really matches up to the vibes of Summer.” 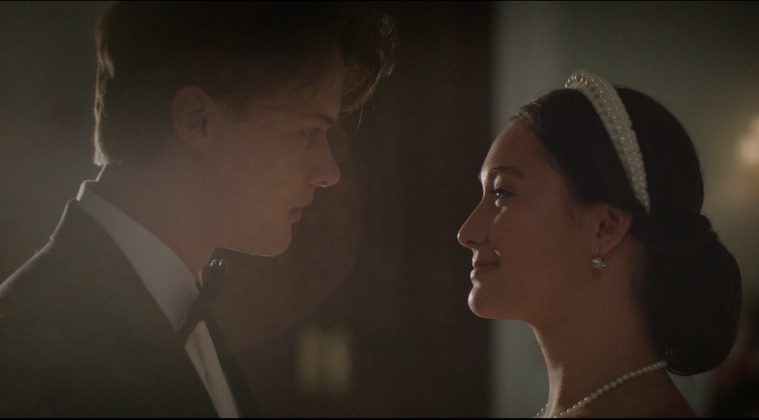 With so many memorable Swift music moments in the series, you might think it would be difficult to select a favorite, but star Lola Tung was quick to name her pick. “Absolutely ‘The Way I Loved You.’ Absolutely the debutante scene,” Tung shares. “It’s so beautiful, and the song is so fitting. It was fun to film, too. I feel like I have a special to connection to that song. It’s so magical.”