Some secrets are apparently just too good to keep. After weeks of posting cryptic messages on social media, Joseph Morgan has confirmed that Klaus will appear in Legacies‘ June 16 series finale (The CW, 9/8c). 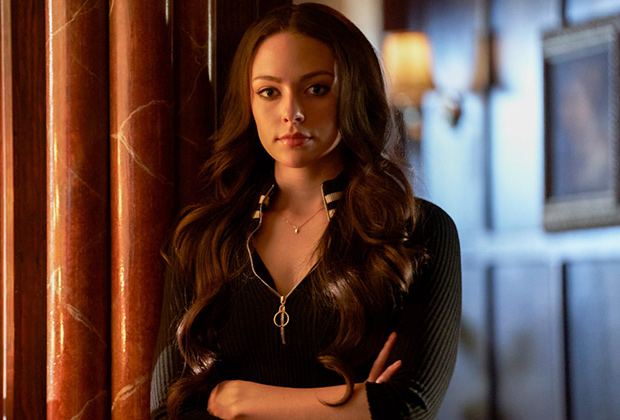 “If you had the chance to say one last goodbye to the child you loved more than anything, would you take it?” he posted on Instagram with the hashtag #legacies, following the east coast broadcast of Thursday’s penultimate episode. Then he went live, where he answered that very question:

“I don’t know if I’ve got permission to do this,” he said. “I don’t know if I need it, to be honest with you. Regardless, we’re here here now, so I’m going to tell you a couple of things: You are going to see Klaus again in the final-ever episode of Legacies. Just for a fleeting moment. That’s it, you heard it here first.”

He continued, “This was never ever about a ‘ship for me or for Klaus. This is about family. Family is power. This is about a father and his daughter, their relationship, what he feels he owes to her. That’s what this is about. So there was a very secret, very clandestine scene recorded.”

It’s unclear to which ‘ship Morgan is referring, as no other returns have been officially confirmed, but feel free to do your own detective work there.

Morgan also promised to talk more about Legacies — as well as his current role of Brother Blood on HBO Max’s Titans — during a StageIt show this Saturday. Click here for more info.

*Update*: On Saturday, Morgan took to Instagram to share a video he filmed right before shooting his Legacies finale scene. “Ever since I left The Originals, it hasn’t left me, and Niklaus Mikaelson has always been there in my head and in my heart,” he said. “And you guys have been incredible. You haven’t let it go. You know I’ve been asked again and again to make an appearance on Legacies and it never felt right… until now. Now it feels right. I hope you enjoy this and feel as passionate about it as I do. This one is for you guys.”

Morgan played Klaus, a vampire-werewolf hybrid, for more than two seasons on The Vampire Diaries (2011–2013) before bringing him over to The Originals for another five (2013–2018). Klaus made a return of sorts in a Season 4 episode of Legacies, when it was revealed that the Mikaelson family used magic to collect his ashes.

Hit PLAY on the video above to watch the promo for Legacies‘ last-ever episode, then drop a comment with your hopes for the series finale below.