Jeff Bridges and John Lithgow are two of our greatest living actors, so it’s exciting to see them paired up as the stars of the new FX thriller The Old Man (debuting Thursday, June 16 at 10/9c). In fact, the promise of Bridges and Lithgow sharing the screen is almost enough on its own to sell this… almost. But after seeing the first four episodes, I’m not completely sold. The Old Man hits all the beats of a standard spy thriller and delivers some bone-crunching action, but the personal stuff falls flat. It strikes a meditative tone, without giving us much to meditate on.

Bridges stars as former CIA asset Dan Chase, who now lives a quiet life in the woods with his two big lumbering dogs. The story starts out slow and ponderous, but it kicks into high gear when Dan is attacked by a mystery assailant. “They found me,” he tells his daughter on the phone as he packs a bag and goes on the run. Lithgow plays FBI higher-up Harold Harper, who’s tasked with bringing Chase in, dusting off a case file that’s been sealed for 30 years. 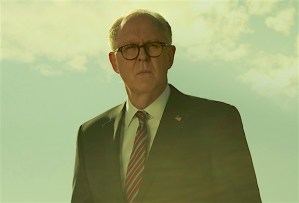 These two actors make a formidable cat-and-mouse duo, in the vein of The Fugitive‘s Harrison Ford and Tommy Lee Jones. Chase and Harper are both smart and well-seasoned, and they have a history, too; the story perks up significantly when they talk. (If anything, they don’t have enough scenes together.) It’s also fun to see Bridges, who’s 72 years young, snap into action-hero mode here, beating up guys half his age and pulling out a sniper rifle to pick off surveillance drones. Chase is not indestructible, though, and his advancing age does play a factor; in the premiere, he gets into an exhaustingly long fistfight with a resilient opponent that even left me gasping for breath.

Trying to follow The Old Man‘s story, however, is exhausting in its own way. Co-creators and writers Jonathan E. Steinberg and Robert Levine (Black Sails, See) — adapting the bestselling novel by Thomas Perry — weave a tangled backstory of international intrigue that spans decades and continents, but doesn’t bother to make sense or get us to care. You want answers? OK, but they just lead to a dozen more questions. The background details are kept frustratingly sketchy, with the actors left to fill in the blanks.

The dialogue is a mix of dense exposition and hard-boiled bravado, with not a lot of humanity to it. It sounds cool, sure, but it doesn’t ring true. The series also gets very dark at times — literally. (I had to squint to see what was happening during several key action sequences.) The flashbacks to Chase’s younger days in the CIA are supposed to let us in on his motivations, but they’re so hackneyed, they’re almost unnecessary. I should note there’s a big twist in Episode 3 that adds an interesting wrinkle to the story, but it makes less sense the more you think about it. 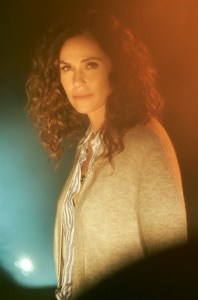 Plus, as good as Bridges and Lithgow are, the women are not well served here. Alia Shawkat doesn’t fit as an eager young FBI underling, and Amy Brenneman is badly wasted on a thinly written character who makes a series of inexplicable decisions that get her roped into an awkwardly tacked-on subplot. (This could maybe have been a lean and mean two-hour movie, but at seven episodes that often top an hour each, it drags.) The Old Man seems to be shooting for something tense and riveting like Homeland or The Americans, but it doesn’t deliver the depth or nuance needed to bring us along for the ride.

THE TVLINE BOTTOM LINE: Jeff Bridges and John Lithgow make a great duo in FX’s The Old Man, but the tangled plot doesn’t live up to their billing.