With the release of Stranger Things 4, Netflix was gift-wrapped a perfect opportunity to dabble in weekly releases, without the appearance that the likes of Disney+ had made them “blink.” 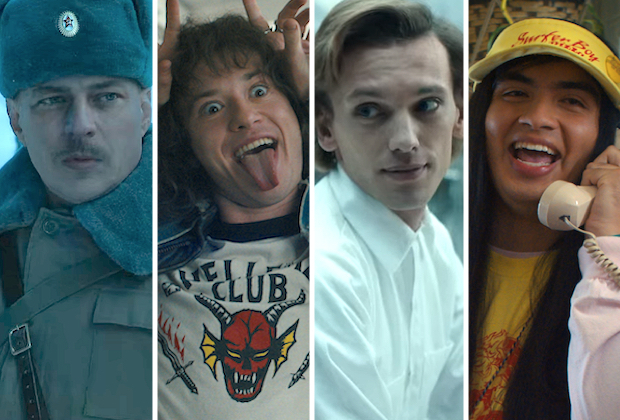 But Netflix instead Netflixed and dropped the first seven episodes (of nine) on May 27, suggesting that perhaps nothing will ever compel the streaming giant to consider weekly rollouts.

The arrival of Stranger Things 4 could have been a perfect test case — or heck, even a fun “one-off” — for releasing episodes weekly. Because in addition to the fact that it delivered the supernatural thriller’s first new episodes in nearly three years (!), the “heft” of the season itself almost demanded a specialized showcase.

What do we mean by heft? Well, only twice before had a Stranger Things episode exceeded 60 minutes — with the Season 2 and 3 finales. But among the first seven episodes of Season 4, the shortest installment is 63 minutes, the average is 77 minutes, and Episode 7 runs a full hour and 38 minutes.

But wait, there’s (a lot) more. This season’s final two episodes, premiering Friday, July 1, respectively run 85 minutes and… two hours and 19 minutes. Meaning, yes, the Season 4 finale is markedly longer than either Doctor Strange in the Multiverse of Madness or Top Gun: Maverick, which are actual theatrical releases.

Given the XL and intense nature of each and every Season 4 episode, plus the aforementioned await for them, no one would have batted an eye if Netflix opted to veer from its binge-drop standard, release episodes weekly, and fire up the PR machine to tout Stranger Things 4 as a “very special presentation/experience” or something. (There also would not have been a five-week wait for Episodes 8/9.)

In turn, Stranger Things would/could have benefitted from an ongoing, weekly discussion online, instead of the “reverse hockey stick” engagement that its series typically elicit — that is, significant buzz surrounding the weekend of release, which then quickly tapers off.

Plus, for those not able or inclined to binge nine hours of a horror-thriller ASAP, weekly releases could have greatly staved off the chance to accidentally get spoiled for later episodes.

Mind you, Netflix hasn’t been chained to binge releases. Stranger Things 4 itself, for reasons, was divided into two batches, as were the farewell runs for Ozark and Grace and Frankie. And most of its reality-TV offerings release a few episodes at a time, over several weeks. But no live-action scripted Netflix original has come close to mimicking the weekly scheduling of peers such as Disney+ (which enjoys steady buzz/speculation/editorial coverage for its Marvel and Star Wars series), HBO Max (where the likes of Hacks and The Flight Attendant steadily amassed awards buzz), and (in some cases) Prime Video.

But if Netflix didn’t give weekly releases a try with so high-profile project as Stranger Things 4 — where again, due to assorted factors, no one would have questioned the change-up — will it ever?

What do you think: Would Stranger Things 4 have benefitted in multiple ways from weekly releases? If you’ve already binged it, might you have preferred to have the intense, hour-plus episodes “spread out”?