Warning: The following contains spoilers for Stranger Things Season 4, Part 1. Continue reading at your own peril.

Credit where it’s due: Stranger Things creators the Duffer Brothers know how to mix ’n’ match. In seasons past, they’ve turned the odd couple of Steve and Dustin into a bromance for the ages (no Farrah spray needed), made unforgettable friends of “rivals” Eleven and Max, started us shipping Steve and Robin in a platonic way, and set the stage for Season 4’s spectacularly comedic matchup of Joyce and Murray. 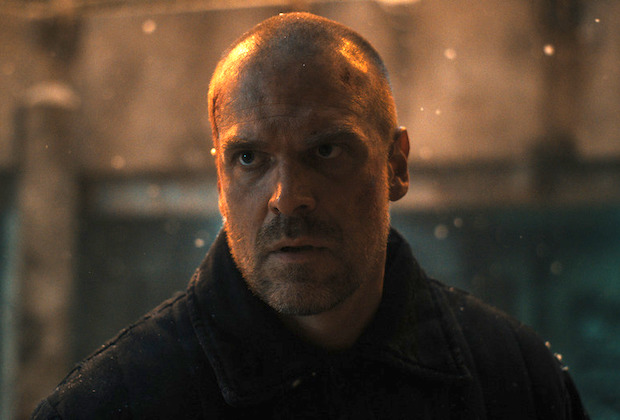 But the episodes that Netflix began streaming on May 27 may have introduced a new twosome that threatens to eclipse all of the others: Nancy and Robin. Their yin/yang pairing, born in Episode 3, quickly proved to be a hilarious delight. As Steve’s ex and his gal pal researched notorious psycho Victor Creel, Robin knew that she was annoying Nancy. The former has no filter; the latter, no poker face whatsoever.

Nonetheless, they got the job done, then went the extra mile by passing themselves off as stunningly pastel-attired “rock-star psychology students” to gain access to Victor at Pennhurst Mental Hospital. In the process, Nancy came to realize that Robin was way more than a nuisance who complained about itchy “Easter-brunch” garb, and Robin started to see why Steve was still so sweet on his ex. So by Episode 6, when Robin asked whether she and Nancy were now “officially” friends, the question was all but rhetorical. 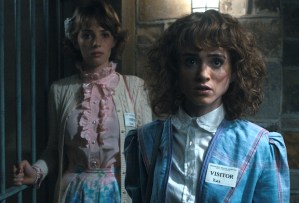 Despite their dissimilarities — Nancy’s a girly-girl with a ballerina music box in her bedroom, Robin’s a no-BS lesbian whose only weakness seems to be second-guessing her gaydar — they had bonded. And they both clearly loved Steve, albeit in very different ways. (In fact, if anyone championed a Nancy/Steve reunion more than we did in Season 4, it was Robin.)

The question is, did the duo’s dynamic outshine those of all the rest? Weigh in via the poll below, then hit the comments to back up your vote.