Season 4, Part 1 of Stranger Things dropped in the wee hours of Friday morning, and already, the Duffer Brothers are whetting our appetites for the fifth and final season of their beloved Netflix series. The finale of Part 2 (which arrives Friday, July 1) will “dovetail directly” into the show’s last season, they told our sister site Variety.

“During the six-month pandemic hiatus, we outlined Season 5 and pitched it to Netflix,” they continued. “Everyone there had also been present when we first pitched the show in 2015. While we were strangers then, we were now friends, and there were a lot of tears when it was over.”

Stranger Things Photos: See How Much the Kids Have Grown Up Since Season 1 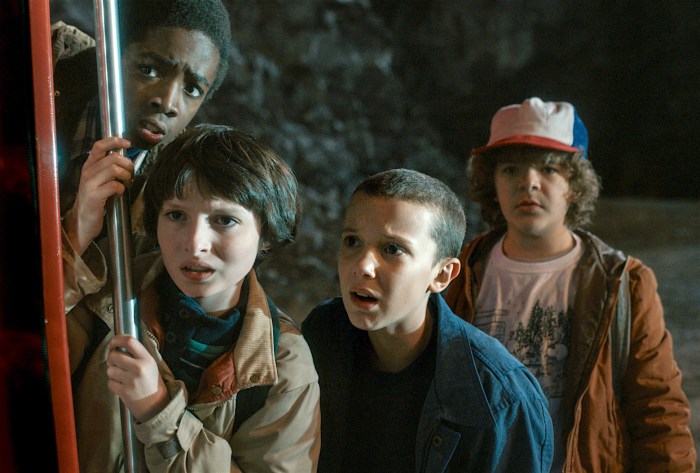 For better or worse, that ending is going to come sooner than later. “Don’t hold us to it, but the gap [between Seasons 4 and 5] should be quite a bit shorter this time,” they said, “due to the fact that we already have an initial outline, and we can’t imagine there will be another six-month forced hiatus.”

However, the conclusion of Stranger Things’ five-season run isn’t necessarily the ultimate finish line. “We do have an idea for a spinoff that we’re super excited about… but we haven’t told anyone the idea yet, much less written it,” the Duffers admitted. “We think everyone — including Netflix — will be surprised when they hear the concept, because it’s very, very different.

“But somehow,” they added, “Finn Wolfhard (Mike) — who is one crazy smart kid — correctly guessed what it was going to be about. But aside from Finn, no one else knows!”

What do you think the spinoff is? Which characters will be in it? Who would you include in it? Hit the comments with your guesses/theories/ideas.