The wait is almost over: In just over 24 hours, either HunterGirl, Leah Marlene or Noah Thompson will become your next American Idol.

American Idol Season 20: We Have A Winner! 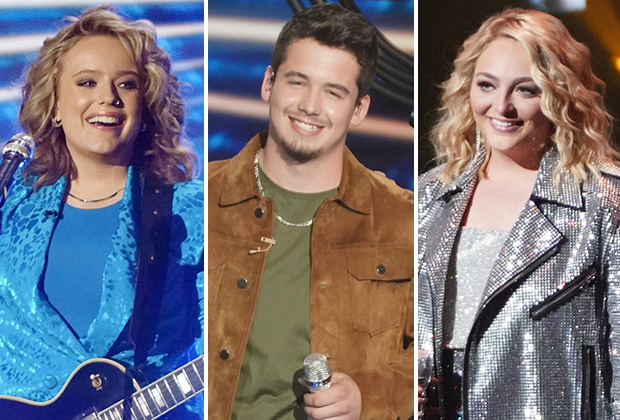 But before the season’s three remaining contestants face off in Sunday’s finale (ABC, 8/7c), we have to ask: Which finalist do you predict will win, and which finalist do you believe should win? As we’ve learned over the course of 20 seasons, the answers to those questions are rarely the same.

WHO WILL WIN? | In predicting which finalist is most likely to receive the most votes, there are endless factors to consider. For example, HunterGirl has the edge on social media, boasting 118,000 Instagram followers to Thompson’s 87K and Marlene’s 86K.

But if YouTube is your barometer of choice, Thompson’s last four Idol performances averaged 291K views, giving him a significant edge over HunterGirl’s 204K and Marlene’s 186K.

There’s also the voters’ collective preference to consider. In many ways, Thompson feels like the second coming of Season 19 winner Chayce Beckham, while Marlene and (to a lesser extent) HunterGirl exhibit shades of Season 16 victor Maddie Poppe. The truth is, any one of these finalists could win without it coming as a surprise.

And let’s not discredit good ol’ fashioned hunches. As the only remaining contestant to have received a Platinum Ticket, HunterGirl has been a favorite of the judges from the very beginning. As evidenced by the return (and win) of Laine Hardy, we all know how much this panel loves being proven right.

And these are only a few of the factors that could potentially lead to victory. Personally, I’m split between HunterGirl and Thompson as the singer most likely to take home the title.

WHO SHOULD WIN? | This question is far more complicated, as it’s completely subjective and all comes down to personal preference. And there’s really no wrong answer, though anyone who disagrees with you is sure to tell you otherwise.

Personally, I’m all in on Marlene. She may not have HunterGirl’s experience or Thompson’s “aw shucks” charm, but she’s the most exciting of the three. And her journey from obscurity to stardom has been a joy to watch. I also feel she has displayed more versatility than her fellow finalists, who have already shown us all they have to give.

But where do you stand as we head into the Idol finale? Which finalist do you believe should win, and which do you expect to win either way? Cast your votes below, then drop a comment with more of your thoughts.