Warning: This post contains spoilers from all 12 episodes of Conversations With Friends.

The love story at the center of Hulu’s Conversations With Friends took plenty of twists and turns… but it’s the very last twist that still has us scratching our heads.

To recap: Frances and Bobbi are Dublin college students who befriend a married couple, Melissa and Nick. Frances and Nick form an instant connection and embark on a torrid affair, but they go their separate ways after Nick tells Melissa the truth and Frances struggles with health issues. Frances and Bobbi (who used to date, too) remain friends — until Bobbi discovers Frances wrote about her in a short story that’s being published, leading her to angrily walk away from her pal. 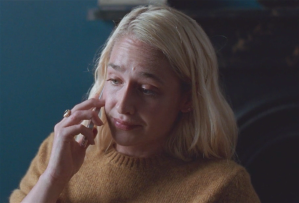 The final episode picks up with Frances still reeling from her fight with Bobbi, who isn’t speaking to her. To twist the knife further, she receives a copy of the publication that features her short story. While she’s fuming, she calls Melissa, demanding to know why she showed Bobbi her short story. Melissa fires back, “Why did you f—k my husband?” (Touché.) Frances thinks she was just trying to get back at her, and the conversation turns ugly, with Melissa revealing that Nick is “struggling again.” She asks Frances to leave them alone through tears.

Frances writes a long, confessional email to Bobbi apologizing for using her life as fodder for her art. She professes her love, too: “I think about you constantly. I want to sleep with you again, if you’d ever want that.” Bobbi finally calls her back and thanks her for the email, and after Frances goes to see her dad (who seems to be doing better), she and Bobbi have a passionate reunion that includes sex on the couch. “So what happens now?” Frances later asks, and they both agree they shouldn’t live together — but Frances does want them to be “committed to each other, in our own way.” Bobbi does, too. 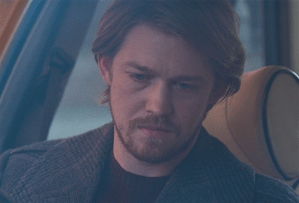 They seem happy together, cuddling at poetry readings and kissing in bed — but after a conversation with her mom, we see Frances scrolling through old photos of her and Nick. While she’s shopping at a bookstore, she gets a call from Nick, asking her: “Hey, do we need wine?” He called her by accident (hmmm, did he, really, though?), but they get to talking; he tells her he hasn’t called because she told him she didn’t want to see him anymore. Frances tells him she and Bobbi are back together and in love… and admits she didn’t tell him about her endometriosis diagnosis. He was sleeping with Melissa again by then, and “my body wasn’t going to feel good to you anymore,” she thought. She didn’t want him to treat her like a sick person, she adds.

“I’m sorry I f–ked everything up,” Frances tells him, and Nick gets emotional, saying he wished he would’ve known what was happening with her. He also tells her that after they first kissed at Melissa’s party, he actually stayed in his room and waited for hours, in case she came back. “I had this impulse to be available to you all the time,” he says, and that seems to strike a chord deep inside Frances. So she tells him: “Nick? Come and get me.”

Wait, what? So Frances and Nick are getting back together? What about Bobbi? What about Melissa? This ending feels transplanted from another, more conventional love story, and after all the complications and nuances that preceded it, it just doesn’t seem to fit. (Sally Rooney’s book ends the same way, for the record.) It’s too easy, when the rest of Conversations With Friends was anything but.

But did the ending work for you? Sound off in our poll — and give the full series a grade, too — and then hit the comments to share your more extensive thoughts.