Get Millie Black, a limited series being produced for HBO and the UK’s Channel 4, has cast Tamara Lawrance (Apple TV+’s Invasion) in the title role.

In the drama, which begins production this week in Jamaica, Millie-Jean Black is a police detective forced to quit Scotland Yard and return to the country of her birth to work missing persons cases for the JPF (Jamaican Police Force). There, she soon finds herself on a quest “to save a sister who won’t be saved, to find a boy who can’t be found, to solve a case that will blow her world apart and prove almost as tough to crack as Millie Black.” 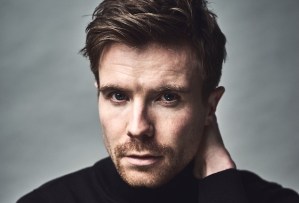 Among other castings, Joe Dempsie (Game of Thrones) will play Luke Holborn, a British detective who shows up in Kingston on the trail of a major investigation that’s set on a collision course with Millie’s. Bringing all the baggage of Scotland Yard with him, Holborn’s presence on Millie’s home turf is destined to be triggering in all sorts of ways.

Gershwyn Eustache Jnr (Britannia) will play Curtis, a gay cop who can go only so far in his own police force. And as Millie Black’s partner, he’s about to have his whole life shattered. Lastly, Chyna McQueen has been cast as Hibiscus, Millie’s sister and one of the Sunlight Ladies — a band of Queer outcasts living hand-to-mouth yet exuberantly in the gullies that run throughout Kingston.

In a statement, series creator Marlon James noted, “This is the first major international TV show to put my home country, Jamaica center stage, so it’s beyond awesome to have actual world-class Jamaican talent both in front and behind the camera, with our star Tamara Lawrance and director Tanya Hamilton.”