The Rutherford Falls will be running again in mid-June, when Peacock begins streaming Season 2 of the comedy co-created by Michael Schur (The Good Place), Ed Helms (The Office) and Sierra Teller Ornelas (Superstore).

All eight episodes of the second season will be released on Thursday, June 16. 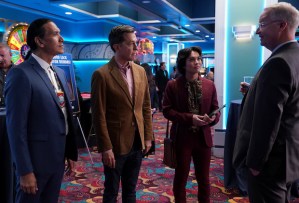 The series follows Nathan Rutherford (played by Helms) and Reagan Wells (Schmieding), two lifelong best friends who found themselves at a crossroads — quite literally — when their sleepy town gets an unexpected wake-up call. In Season 2, Nathan and Reagan help each other tackle work, romance, and major changes to their small town and the Native American reservation it borders, initiated by Tribal Casino CEO Terry Thomas (Michael Greyeyes). 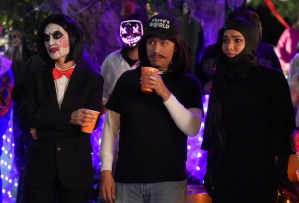 “Rutherford Falls is back! Get ready to laugh, cry, and swoon. Do people still swoon? Well, they will now!” says Teller Ornelas in a statement. “Ed Helms, Mike Schur and I had an absolute blast making a show that’s heartfelt, laugh-out-loud funny, and depicts Native Americans in ways you never see on television. Also, a lot of people get punched/kicked in the face. We hope you enjoy Season 2!”

Want scoop on Rutherford Falls, or for any other show? Email InsideLine@tvline.com and your question may be answered via Matt’s Inside Line.