It was god vs. tribrid on Thursday’s Legacies as Hope finally faced off against Ben and Jen’s celestial daddy. But was she successful?

Everything We Learned From Legacies' Originals Reunion Episode 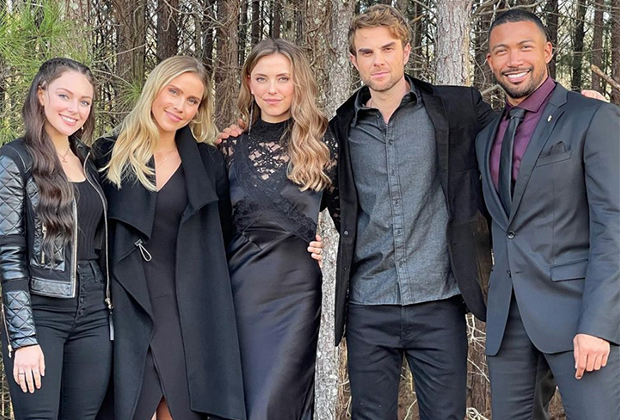 That really depends on how you view the outcome.

No, Hope didn’t technically defeat Ken. In fact, her magic proved completely useless against him, and Lizzie’s attempt at siphoning his powers from behind got her impaled by the school gates. Heck, if Jen hadn’t shown up and turned herself in, Hope probably would have suffered the same fate.

Fortunately, Jen did selflessly sacrifice herself, preventing any more bloodshed — though the Salvatore School landscaper is going to have a heck of a time fixing the damage Ken’s lightning did to the property. Must he do that when he arrives and leaves?

The episode ended with Cleo worrying over Hope’s unconscious body, unsure why she has yet to awaken. Little does Cleo know, Hope is now down in Limbo… with Landon! (Seriously, when’s the last the time those two were even in the same room?!)

Like I said, the success of Hope’s battle is somewhat subjective. Did Ken Survive and take Jen in the process? Sure. But did the whole ordeal lead to Hope’s reunion with Landon? You bet!

* Landon’s kidnapper turned out to be none other than Limbo’s hottest coin thief — his mother! As Sela explained, her exit was supposed to be the perfect, painless goodbye for Landon, until Josie made everyone remember what they’d forgotten in Malivore. She also said that no amount of stolen coins would earn her a ride from the Ferryman, so Landon helped her earn one of her own by showing that she’s done more good with her life than she realizes.

* You might think there’s no bad time to tell someone you love them. But you’d be wrong. Case in point: When Jed confronted Ben about betraying the Super Squad this week, he replied, “I can live with that, because at least you’re alive to hate me, which means I saved the life of someone I love.” But those words rang hollow for Jed, who asked, “Is that seriously how you’re going to tell me that for the first time?” As Jed explained, you’re supposed to fight alongside the people you love  — not fight against them.

* As Jen god-splained to Cleo, the former muse is now an oracle, a being capable of seeing not what the future could be but what it will be. (You can’t even imagine how hard I’m fighting to stop myself from referring to her as “Miss Cleo” right now.) But when Cleo boasted about preventing her vision of Ben beheading Kaleb from coming true, Jen offered up a chilling warning: Although she can change the future, it doesn’t mean she should. That’s how people stop being oracles and become… something else.

* Speaking of power problems, MG found Ethan bleeding, shivering and flickering on his bathroom floor at the end of the hour, terrified and unsure of what was happening to him.