Academy Award winner Alicia Vikander plays an actress who gets a bit lost in her latest role in HBO‘s upcoming crime thriller Irma Vep, which is set for a Monday, June 6 at 9/8c premiere.

Created, written and directed by Olivier Assayas, based on his 1996 film of the same name (which starred Maggie Cheung), the HBO/A24 co-production stars Vikander (The Danish Girl) as Mira, an American movie star disillusioned by her career and a recent breakup, who comes to France to star as (anagram alert!) Irma Vep in a remake of the circa 1915 French silent film classic, Les Vampires — which was about an underground crime organization known as (though not actually) “The Vampires.” 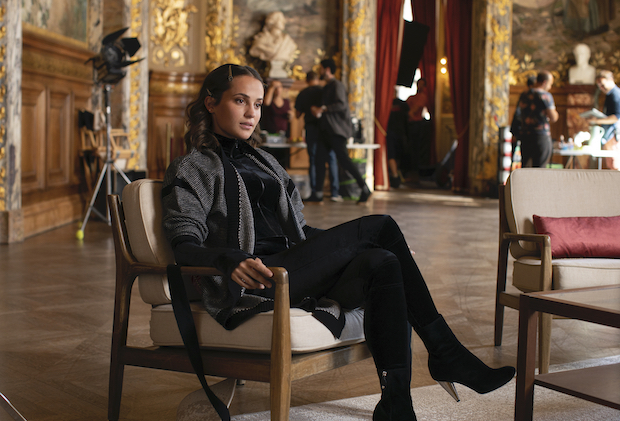 Set against the backdrop of a lurid crime thriller, Mira struggles as the distinctions between herself and the movie character she plays begin to blur and merge. As Mira navigates this “identity crisis,” Irma Vep promises to reveal “the uncertain ground that lies at the border of fiction and reality, artifice and authenticity, art and life.”

Prior to its HBO debut, Irma Vep will make its world premiere as an Official Selection at the Festival De Cannes 2022 (being held May 17-28).

A previous version of this story suggested that the fictional character of Irma Vep was an actual vampire. That somehow is not the case.