Season 2 of Netflix’s time-tripping mystery Russian Doll wrapped up by taking us back to where it all began.

We begin the finale back in the bathroom at Maxine’s loft, with that damn Harry Nilsson song playing again. This time, though, Nadia is clutching a baby — actually, herself as a baby, who she just gave birth to as Nora — and Alan is panicking about the implications of this paradox: “You have collapsed time, Nadia.” Sure enough, when they emerge, they find the loft party from Season 1 somehow coexisting with a Jewish school that was located there decades earlier. Nadia embraces this absurd turn of events, but Alan urges her to get Baby Nadia back on the subway, stat. It’s only when Nadia helps an ailing Ruth up the stairs and then looks down to see three more Ruths making their way up that she realizes: “I f—ked up.” 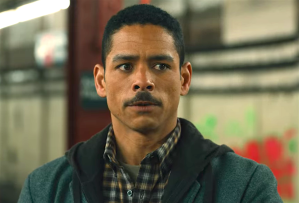 Nadia and Alan go down to the subway, but no trains are coming, so Nadia asks an MTA worker what’s happening. It’s actually Horse, and he leads them down to an empty subway tunnel where their train sits — and demands cash for his trouble. Nadia and Alan board the train, and it’s filled with people from Nadia’s life, including Maxine, who clutches an urn and says they’re going to be late for the wake. Ruth’s wake, she means. Nadia is devastated that she wasn’t there for Ruth when she passed and wants to at least go to the wake, but Alan yanks her and the baby off the train. Nadia is inconsolable: “All this s–t, for nothing.” Alan shares his story about his romance with Lenny and trying to tell him about the fall of the Berlin Wall, only to watch him escape anyway. He tried his best, but he couldn’t change the past.

Just then, two subway trains come screeching in from opposite directions right at them. Nadia, Alan and the baby are all sent flying through the air and tumbling backwards into a weird room with pillars and water up to their waists. Nadia and Alan call out for each other, but they’re separated, and Nadia catches the baby safely in her arms. As Nadia wades through, the leather bag full of gold Krugerrands floats by — but she can’t carry that and the baby, so she has to leave the gold behind. Alan eventually reaches a Truman Show-style door and walks through to find his grandmother, asking her whatever happened to Lenny. She says she doesn’t know, but it all worked out the way it was meant to. He frets that he messed everything up, but she calms him down and encourages him to embrace life for once, calling him “my perfect baby boy.” She also points him towards a staircase that’ll take him to the surface. 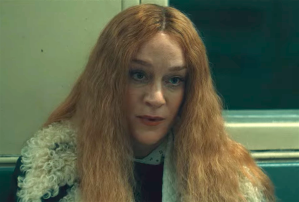 Nadia and the baby eventually reach the door, too, and on the other side, they find Nora sitting in an empty subway car. Nora asks Nadia if she’d choose her as her mother, and Nadia looks around to see the young and old Ruths sitting together, and the young and old Veras, and herself as a young girl. “I didn’t choose you the first time,” she tells Nora through tears, “but I guess that’s just how the story goes, huh, Mom?” She hands Nora the baby, and on her way out, she stops the young Ruth: “You had no obligation, but you loved me anyway… bye, Ruthie.” She steps off the subway back into 2022, with Pink Floyd’s “Shine On You Crazy Diamond” blasting behind her, and walks through the streets of New York to Maxine’s loft, where the wake for Ruth is being held. As old photos of Ruth flip by on a projector, Nadia shares a moment with Alan before making her way back to that familiar bathroom. She studies herself in the mirror, one more time… and a slight smile crosses her face.

Alright, time travelers: Now that you’ve finished Season 2 of Russian Doll, grade the finale and the season in our polls, and then hit the comments to share your thoughts.