THE PERFORMANCE | Nadia may consider herself a “time prisoner” on Season 2 of Netflix’s sci-fi comedy… but there’s no one we’d rather be stuck with than Lyonne. As the wisecracking Nadia, Lyonne delivered a masterfully entertaining performance, dropping quotable one-liners left and right while also revealing that Nadia has a wounded heart underneath all the jokes.

Having seen all seven episodes of Season 2, we could really give Lyonne this honor for any one of them. But we’ll go with Episode 2, where Nadia began to piece together the mystery of how her mother Nora (whose body she time-traveled into, Quantum Leap-style) lost the family’s stash of gold Krugerrands. Nadia was a relentless quip machine throughout the half-hour, dropping Cheers references that no one in 1982 gets and explaining how human fertilization works to a pair of clueless racquetball players — and with Lyonne’s singularly raspy, cool-as-a-cucumber delivery, just about every line she uttered made us giggle. (“That’s a lovely story, and I’m sorry about all that polio” is a personal favorite.) It wasn’t all laughs, though: Lyonne was mesmerizing as Nadia dropped the shtick and bared her soul in an answering-machine message to her mother, with Lyonne giving voice to the decades of disappointment Nadia had built up regarding her mom.

Russian Doll took us on a wild ride once again in Season 2, full of mind-blowing twists and turns, but Lyonne is the true conductor of that ride. (She also wrote and directed several episodes this season.) Her endlessly funny, deeply affecting work as Nadia is such a treat, and it’s also the reason why we’d be happy to bend the rules of space and time with her again, and again, and again, and again… 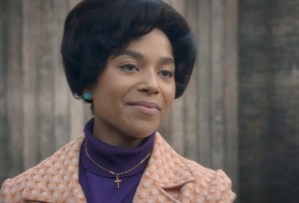 HONORABLE MENTION | Nurse Lucille Robinson usually comforts patients in need, but on the latest Call the Midwife on PBS, she needed grace and compassion. The dedicated midwife suffered a miscarriage just before delivering her patient Pam’s beautiful baby girl. And Leonie Elliott brought her character’s teary inner turmoil to life by pooling her eyes and shakily cutting the umbilical cord while trying to appear calm. Even as Nurse Phyllis made her lie down, Elliott’s Lucille curled into the fetal position and fretted about Pam’s blood pressure with a furrowed brow. Pam was fine but, sadly, Lucille’s misery was just beginning. As the cold reality of her loss came to an undeniable conclusion in the restroom, Elliott’s pained visage and hushed sobbing broke our hearts and confirmed Lucille’s greatest fear. By episode’s end, the mixture of bravery and sadness that tugged at the actress’ face foreshadowed Lucille and Cyril’s mournful days to come. 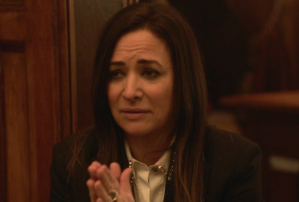 HONORABLE MENTION | Pamela Adlon has been consistently excellent in Better Things‘ final season, and Episode 9 was no exception. As her character Sam galivanted across England with her family, Adlon’s idiosyncratic laughter and lively spirit were on full display. But the trip across the pond wasn’t all fun and games. It also brought about major life changes when mom Phil and daughter Max announced they were staying in the U.K. for good. The actress exhibited a mix of emotions that came along with the news, swaying from confusion and shock, to worry. Later, while filling her younger children in, Sam tried to keep the vacation vibes rolling with nervous physicality that no one was buying. She finally seemed ready to accept the change until the episode closed with Phil’s beautifully sad rendition of Vera Lynn’s “Now Is the Hour.” The look on Adlon’s face said it all, and it’s exactly how we’ll feel once Better Things is gone for good. 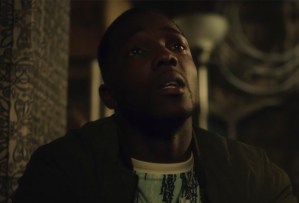 HONORABLE MENTION | Tosin Cole delivered a searing performance as Moses Johnson, a promising track star suddenly caught up in Chicago’s tumultuous criminal justice system, in in this week’s AMC drama 61st Street. Cole was a steady force throughout the hour as Moses contemplated his next move while on the run from police. He shone in those quieter moments, like in a conversation with Franklin where they discussed him turning himself in. You could just see the inner torment in his mind over what happened at play in his head. But what really stood out was Cole’s work in the final moments of the episode as Moses was taken away from his mother in handcuffs. The shock, terror and anguish he conveyed — the heartbreaking innocence in his voice as Moses called out to his mother in a panic — was easily the episode’s most gut-wrenching moment. Cole was asked to run the emotional gamut throughout the hour, and he didn’t just rise to the challenge, he excelled at it.