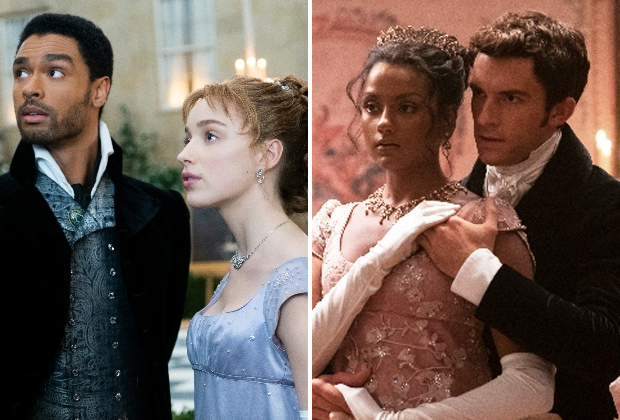 Nielsen characterized Bridgerton‘s audience as “diverse and broad,” with one exception: it was 76 percent female. It further detailed that one third of the viewers were Hispanic or African-American, while the age groups of 18-34, 35-49 and 50-64 were evenly split at 25 percent each.

Earlier this week, Bridgerton’s sophomore run lapped its first to become Netflix’s most sampled English-language season premiere by amassing 627.1 million hours viewed within its first 28 days of release; only the South Korean thriller Squid Game launched (much) bigger on the service.

Rounding out this week’s Top 10 were Netflix’s Pieces of Her and Ozark, Prime Video’s Mrs. Maisel, and Netflix’s Human Resources and Love Is Blind.

Falling out out of the Top 10 in Nielsen’s latest ranking were Life After Death With Tyler Henry and Upload.