There is something very unnerving and fascinating about the fact that Franklin didn’t want to kill Teddy when he made his father Alton disappear on FX’s Snowfall. (We still don’t know if the patriarch is dead or alive.)

The drug kingpin also turned the other cheek when Teddy spied on him and, later, cut a deal with Louie behind his back. But the minute our man Saint discovered the former CIA agent stole the $73 million he’d tucked away in various bank accounts all over the world during Wednesday’s Season 5 finale, he immediately wanted Teddy’s head. The only problem was, he didn’t know where Teddy was hiding.

So Franklin went to Louie and asked for a heads-up on the location of the next drug buy between her and Teddy, but his aunt denied his request. She also said she wasn’t worried about Teddy because she froze her accounts as soon as she’d heard what he had done to Franklin. Shocked and angered, Franklin pulled a gun on Louie, and Louie’s new bodyguard/lapdog Buckley, who had been lying in wait, popped up behind Franklin and pulled a gun on him.

Louie instructed Buckley not to pull the trigger out of respect for his Uncle Jerome and said if she ever saw Franklin again, she’d kill him herself. Her words infuriated Franklin more, and in retaliation, he rounded up his henchwomen for a revenge spree of epic proportions. 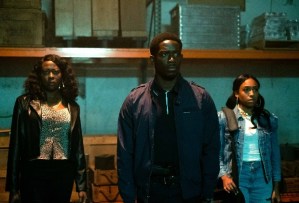 Dallas and Black Diamond shot and killed the guards at Louie’s nightclub and then helped Franklin wipe out his aunt’s cache of money and drugs inside while Phil Collins’ “In the Air Tonight” serenaded their steps.

Soon after, the trio hit up a warehouse where Louie and Jerome kept more drugs and money, and Franklin shot and killed two more guards, which allowed them to snatch more cocaine and stacks of cash.

The final and most diabolical step on Franklin’s revenge list was stopping by the hospital to personally tell Kane that Louie was the one who had ordered the hit on him. What Franklin intended to do with all that money and blow was unclear until his mother Cissy showed up to ask him about the robberies at Jerome and Louie’s stash spots. 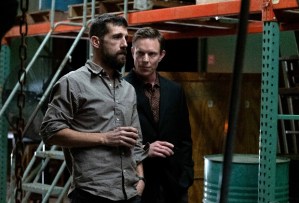 Franklin confessed that he and his new crew did all of the killing and stealing, and Cissy asked what he planned to do about Teddy. Her son said he still wanted to kill him — and now had the means to do so — and Cissy replied that the KGB could help them. Cissy’s new intel surprised and perked up Franklin, who said he was ready to go to war, and Cissy vowed to help him burn everything to the ground.

How Veronique factors into the Saints’ war will be an intriguing Season 6 development. Before the finale ended, Franklin’s quasi-fiancée (and the mother of his unborn child) made a call for help, presumably to her con artist mother, to liberate Franklin’s money from the government. Oh boy! At least Veronique is free and alive. Ruben, the KGB agent, killed Avi and kidnapped Teddy’s girlfriend Parissa.

Before snatching Parissa, there was a masterfully executed shot of Teddy going up one stairwell at Avi’s house while Ruben snuck down the other that deserves all the Emmys for cinematography. All of them.

As for Gustavo, Teddy set him up to be arrested by the DEA just before he tried to make a run for it. And Leon and Wanda proved to be the luckiest couple of all, because they jumped on a plane and flew far away just before Franklin’s world turned into a war zone.

What did you think of Snowfall’s finale, and are you excited for the sixth and final season? Grade the Season 5 closer in our poll, and drop your thoughts in the comments.