The following contains spoilers from the April 19 episode of CBS‘ FBI.

With one of its agents recuperating from a near-fatal exposure to sarin gas, the FBI team needs a short-term assist — and it will come in the form of Shantel VanSanten‘s Nina Chase.

TVLine has learned exclusively that VanSanten, who first guest-starred as Special Agent Chase in the CBS drama’s April 12 outing, will return in next Tuesday’s episode and recur for the remainder of Season 4. (FBI‘s season finale airs May 24.)

As Maggie (played by Missy Peregrym, now on maternity leave) recovers from residual nerve damage after the sarin gas crisis in Episode 18, Nina will step in as a temporary member of Jubal’s team — partnered at first with OA (Zeeko Zaki), but later paired with others as well. 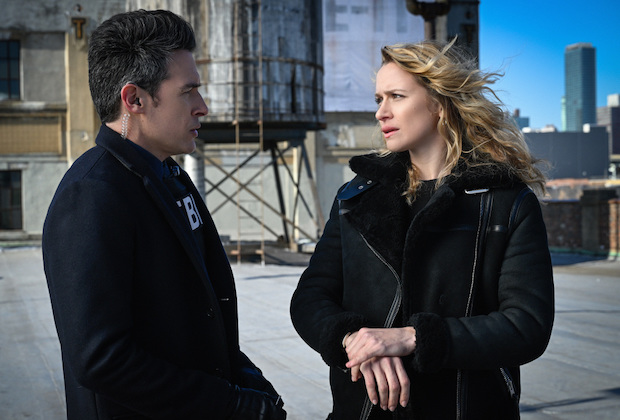 Described as “smart, tough and accomplished,” Nina was introduced earlier this month while working undercover to infiltrate a major drug ring. When her case intersected with the team’s investigation of a double murder, Tiffany (Katherine Renee Turner) picked up on some history between Scola (John Boyd) and Nina. Viewers came to learn that Scola “hooked up” with Nina the year prior and, in his typical intimacy-averse way, ghosted her. Scola tried to persuade Tiffany that he has since changing his bad dating habits, and at the end of that episode he tried to apologize to Nina with a friendly, platonic dinner invitation (which she conditionally accepted — meaning steak, no fish).

An alum of One Tree Hill, The Flash and the gone-too-soon Shooter, VanSanten has been very busy in recent years. She appeared in the first two seasons of Prime Video’s The Boys, and will continue with her role as Karen Baldwin in For All Mankind Season 3 (premiering June 10 on Apple TV+).

Want more scoop on FBI, or for any other TV show? Email InsideLine@tvline.com and your question may be answered via Matt’s Inside Line.