When it comes to the perfect proposal, New Amsterdam‘s Max is kind of fumbling in his practice run.

In TVLine’s exclusive sneak peek from Tuesday episode (NBC, 10/9c), the doc prepares to pop the big question to his girlfriend Helen. Standing in front of a mirror, Max rambles through his speech, then fails at opening the box containing the engagement ring. “Idiot,” Max admonishes himself. “Just ask her. Simple.”

In addition to featuring a potentially big moment for “Sharpwin,” Tuesday’s return is also the first of a two-parter, in which the team goes out for drinks and karaoke, leading to dramatic consequences. Originally, this week’s episode was supposed to air before a break in the scheduling, “so the initial intention was to try and create a real good cliffhanger for all of our characters and leave them all in jeopardy,” executive producer Peter Horton tells TVLine, adding that this cliffhanger is “a little bit more of a mystery story than we’ve had in the past.”

In crafting the episodes, showrunner David Schulner says the writers set out to give the main cast a chance to shine. “We’re always looking for ways to put our characters front and center and also challenge our actors. This two-parter allows us to do both,” Schulner shares. “In so many medical shows, you hire a guest actor who comes in and gets to act their butt off — they’re dying, their mother’s dying, their father’s dying — and the focus is on them. They get to do an acting tour de force while the series regulars, the people that we’re with day in and day out, are reactive. And we’re always looking for ways to upend that paradigm, to give our series regulars the hard stuff, to give them the tour de forces, and to always put them front and center.” 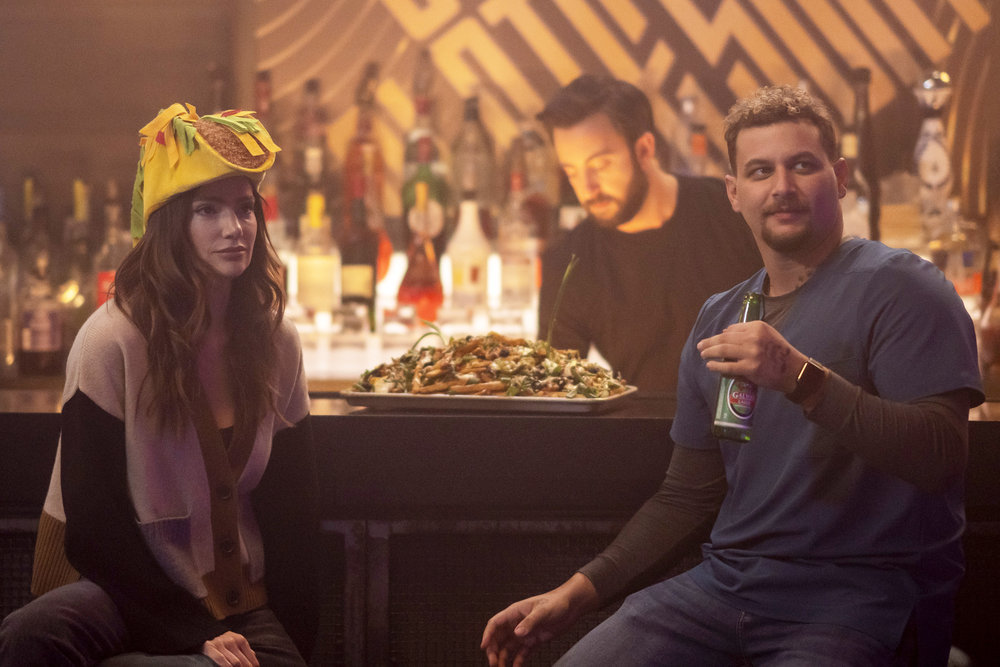 Plus, the two installments “give us some insight into characters who’ve just joined our show this season — Dr. Wilder, Dr. Castries. We’re always looking to give Alejandro [Hernandez] more to do, who plays Casey,” Schulner says. “So it was a great opportunity to showcase our newer characters and the characters who don’t normally get that main storyline and who deserve it.”

Press PLAY above to watch the proposal sneak peek, then hit the comments with your thoughts!