THE PERFORMANCE | Brolin doesn’t grace the small screen often, and after watching his explosive performance in this new supernatural Western, we’re tickled he’s found his way back there.

The actor stars as Royal Abbott, a rancher who discovers a mysterious hole on the cusp of his spacious Wyoming land. While the premiere episode did a bang-up job introducing the story’s central characters and oddities, it was Episode 2 where Brolin more than staked his claim.

After covering up a murder and being pushed into the terrifying hole himself, Royal awoke on his property with more questions than answers. The character’s typically stoic disposition was rattled to its core, as he attempted to quell his family’s worries about the murder and his whereabouts. But soon, the pressure of keeping secrets to protect his son, plus an icy chat with his hostile neighbor tightly wound him up like a wire on a winch. Brolin allowed the character’s fortitude to slowly and subtly chip away, letting us witness just how big of a toll it was all taking.

But the grand slam scene occurred at the Abbotts’ dinner table, as Royal prayed for the dead man’s family and confronted his conflicted feelings about God and religion. In one fell swoop he asked for guidance, while questioning the existence of a higher power, Brolin’s tone filling to the brim, then spilling over with frustration and unbridled rage. As he begged Him to “fill that great void,” he demanded an explanation because “this world of yours isn’t quite adding up.”

The actor’s intensity flew off the rails as he delivered the monologue with a fiery tongue, quivering lip and eyes that transformed from hateful to hurt. Like Royal’s family, we were stunned in silence. And it didn’t stop there. After declaring they would move their cattle away from the precarious pasture, the patriarch unleashed even further, madly screaming, “There is a great void!” while shaking convulsively and slamming his fists. It was a downright chilling performance that made us feel his character’s fear of the unknown, and we can’t wait to see how it all shakes out. 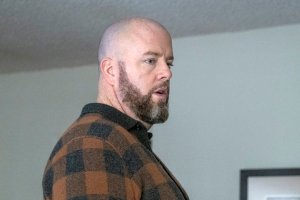 HONORABLE MENTION | No matter on whose side you fell during This Is Us‘ slow and painful dissolution of Kate and Toby’s marriage, you’ve got to admit: Chris Sullivan did a bang-up job of portraying Toby at the end of his rope. Sullivan’s talent shone in Tuesday’s episode, as the Damons realized that their union was over. He gave Toby’s anger such a sharp, needling edge that we wanted to throw something at him as he and Kate fought; then he quickly pivoted to breaking our hearts with Toby’s shame and need as he begged Kate in a breaking voice for one more try at being a happy couple. For several episodes now, Sullivan has handily played the gamut of complicated emotions that arise when two people grow apart. Tuesday’s hour was some of his best work to date. 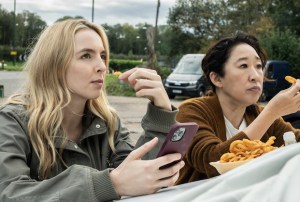 HONORABLE MENTION | After four seasons of chasing each other around the globe, Killing Eve‘s Eve and Villanelle finally caught up with each other in this week’s series finale, and it was a pleasure to see Sandra Oh and Jodie Comer tap into a fun, lighthearted side of the duo we hadn’t seen. The two took a road trip together in a stolen camper van and shared some intimate moments — that kiss! — along the way, with Oh and Comer getting positively giddy like new lovebirds. Plus, Comer was triumphant as Villanelle took vicious revenge on The Twelve, and Oh delicately touched on Eve’s true feelings for Villanelle as she performed an impromptu wedding ceremony. Yes, their story may not have had a happy ending, but Oh and Comer still put a glorious bow on one of TV’s most fascinating pairings. 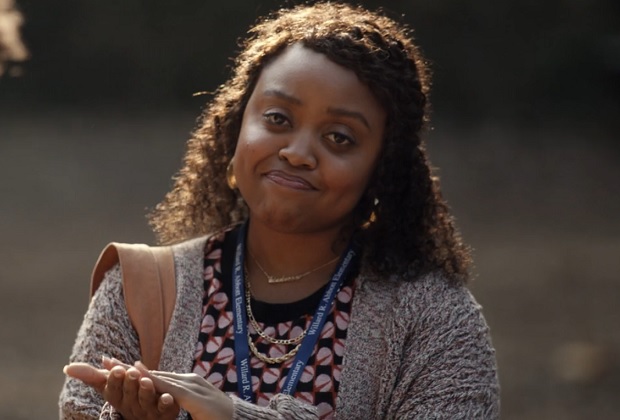 HONORABLE MENTION | A lot of the credit for Abbott Elementary‘s incredibly strong freshman season has to go to Quinta Brunson, who is not only the ABC comedy’s creator, but also anchors the show as second grade teacher Janine Teagues. In this week’s season finale, the teach went through a relationship rollercoaster when her boyfriend Tariq got a job in New York and assumed that Janine would move with him. Reacting to the ridiculous things coming out of her beau’s mouth, Brunson brought the laughs with her quietly resigned looks. Then she tugged on our heartstrings when a talk with a scared student lead Janine to find the courage to tell Tariq that they should take a break. But no moment was more satisfying than Janine finding her strength as a teacher with a group of rowdy kids. Brunson definitely passed this school year with flying colors.