Better Call Saul is about to enter its final season — but we’re not ready to start calling Jimmy McGill “Saul Goodman” just yet.

“The Jimmy who you meet at the beginning of Season 6 is still a ways off from Saul Goodman,” executive producer Peter Gould tells TVLine. And indeed, the Season 6 premiere — airing Monday at 9/8c on AMC — finds Jimmy still plagued by bouts of guilt and hesitation that we never saw in his Breaking Bad alter ego. As star Bob Odenkirk puts it, “there’s still another step or two of real abandonment of that dimension of himself” to come in the final episodes. 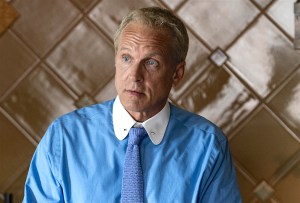 Season 6 also finds Jimmy and his wife/partner in crime Kim Wexler launching a covert offensive against their old pal Howard Hamlin in hopes of getting the Sandpiper case settled. But they may be picking a fight with the wrong guy, Gould warns: “Howard is an attorney, and he’s an intelligent man who knows them and who knows Jimmy very well. As the season goes on, you’ll see they’ve foreseen many of the possibilities in the situation, but probably not all.”

Jimmy probably didn’t foresee Kim being so gung ho to pull off this scheme, either. The Season 5 finale showed us “that Kim maybe is crazier than we thought,” Odenkirk notes, adding that it’s a surprise because “she seems so much more ethically mature” than Jimmy. “She does know what’s happening is wrong, and she’s excited because it’s wrong.” We can expect to get some fresh insight into what makes Kim Wexler tick in Season 6, too, Gould teases: “You will learn more about Kim’s life before we met her this season. There may be some clues about where her head is really at.” 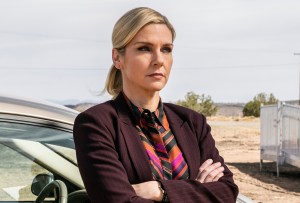 It’s the combination of Jimmy and Kim together, though, that seems like it may be toxic to both of them. Odenkirk and Gould both liken Jimmy and Kim’s shared love of scams to an addiction, with Gould chalking it up to insecurity. “Both of them seem to feel that the relationship is fragile, and somehow they always end up going back to scamming to shore it up. So in that way, it’s a story of a kind of addiction. The title of the first episode is ‘Wine and Roses,’ and maybe that’s a clue about how we’re thinking about these two.” Odenkirk puts their addiction in even starker terms: “It’ll destroy them.”

That is, if Lalo Salamanca doesn’t destroy them first. The smooth-talking crime lord survived an assassination attempt, and he is “out for revenge” in Season 6, Gould hints, with Nacho Varga and Gus Fring squarely in his crosshairs. “I think he’s going to do whatever it takes to get what he wants. He’s very smart about how he goes about things. So I don’t think anybody’s safe.”

We do know, of course, that Jimmy survives the season, but Gould reminds us that doesn’t mean he gets a happy ending: “Yes, Jimmy makes it out alive. He becomes Saul Goodman. We’ve seen him on Breaking Bad, but we also know he lost an awful lot along the way. And how? I think there’s still a big piece of the puzzle missing. I don’t quite know how he becomes the heartless guy he does on Breaking Bad yet. But this season answers that, that’s for sure.”

Alright, Saul fans: Hit the comments and share your theories and predictions ahead of the Season 6 premiere.