Sharon Stone‘s palm unexpectedly came in for a landing, on Kaley Cuoco‘s face, during the filming of an intense scene in The Flight Attendant Season 2.

Flight Attendant Season 2: Everything We Know ! 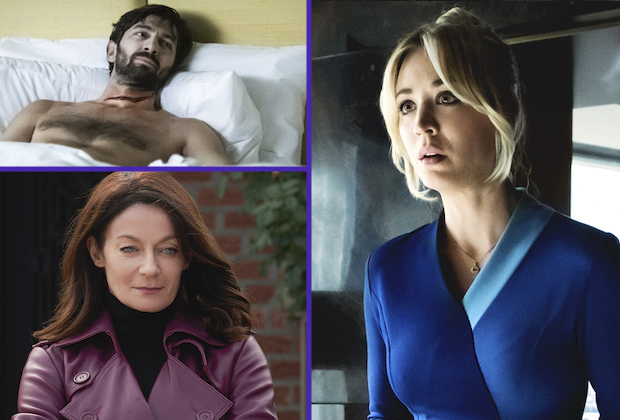 The Golden Globe winner/Academy Award nominee appears during Season 2 of the HBO Max dramedy as the titular Cassie Bowden’s mother, Lisa. After a lifetime of dealing with Cassie’s alcoholism (and seeing their mother/daughter relationship damaged by it), Lisa no longer has any patience or goodwill to spare. So it’s understandable if a less-than-loving reunion leads to a, um, extra-percussive motherly pat on the cheek.

In the TVLine video above, Cuoco shared with us a “fun BTS” on the aforementioned slap, and her instant reaction to it.

“That slap? Not written in the script…. That was a Sharon Stone Speciality!” the Flight Attendant star and executive producer reports with a laugh. “Came outta nowhere, that was a true reaction. I was in shock, which is exactly what we used.”

Cuoco goes on to share what Stone said to her after the slappy surprise, before adding: “That was a wild experience, and it ended up being actually kinda perfect for the scene.”

Premiering Thursday, April 21 (with its first two episodes),The Flight Attendant‘s sophomore run finds Cuoco’s Cassie “living her best sober life in Los Angeles while moonlighting as a CIA asset in her spare time,” according to the official logline. “But when an overseas assignment leads her to inadvertently witness a murder, she becomes entangled in another international intrigue.” (Season 2 was filmed in Los Angeles, Berlin and Reykjavik.) 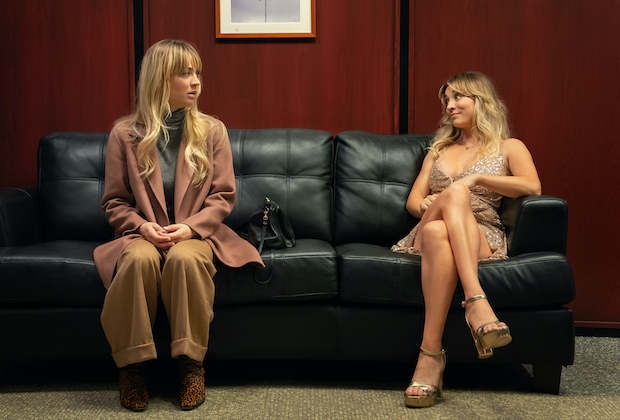 For Season 2, the “mind palace” to which Cassie (often unwillingly) retreats is not populated by a slain hook-up, but by… another Cassie. And another. And another. And… so on. At the start of the video above, Cuoco talks about how playing five total roles led her to want to never work with herself again! She also reveals how the production got a helping hand from the Orphan Black team, when it came time to assemble Cassie and the Cassettes.

Elsewhere in the video, Cuoco talks about how, in the vein of multiple Cassies (Cassi?), “more” is almost a theme for Season 2. She also shares our appreciation for Season 2 scene stealer Mae Martin (who plays flight attendant Grace), and then weighs on the season-long mystery that asks: What bombshell blonde is framing Cassie for a series of murders??