Ever since they met, fell in love and got married, Call the Midwife‘s Lucille and Cyril hoped to have a family of their own someday.

The newlyweds also wanted to wait until they had a house and Cyril had a better paying job. But, as the couple remarked, God works in mysterious ways and on Sunday’s installment, the dedicated midwife found out she was pregnant despite being on the pill. Nurse Phyllis helped Lucille learn the truth and she also kept the wonderful news a secret until the Robinsons were ready to share the development with everyone.

Cyril was of course ecstatic about their unborn baby, but he also worried about having enough money and security. One night, Lucille woke up to discover her husband fretting and poring over the want ads for possible new jobs. Never one to overreact, Lucille chose the perfect moment to tell Cyril it was natural to worry, but they would be fine one way or another.

Lucille and Cyril’s news served as a juxtaposition of sorts to a new mother named Yvonne, who was having trouble breastfeeding and seemed to be battling bouts of postpartum depression, as well. Nurse Trixie diagnosed Yvonne with mastitis and administered an antibiotics prescription, but sadly, the battle in her heart and mind proved harder to mend. 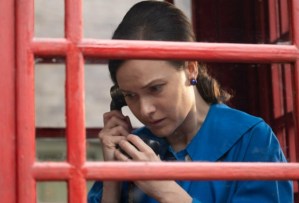 Thankfully, Sister Julienne intervened after Yvonne snapped and left her baby girl Melanie outside in a stroller unattended. Nurse Trixie arrived just in time to safely bring the baby inside and then used Sister Julienne’s guidance to admit Yvonne into a customized medical facility that specialized in nursing mothers and babies in need.

Yvonne, who also resented her twin sister Ivy for having a better breastfeeding experience and for being a well-adjusted mother, had to eventually swallow her pride and realize the lactation home really was the best place for her and Baby Melanie. Trixie also made time to focus on romance and enjoyed her first real Jonty-free date with Matthew, who wisely took Nurse Nancy’s advice and added some fireworks to their courtship.

Sister Hilda and Dr. Turner, meanwhile, helped a new father in need named Samuel Rosen. The furrier kept coughing and Dr. Turner grew concerned that Samuel might have tuberculosis or pneumonia. However, his X-ray results came back clear and the doctor realized, with the help of a specialist, that Samuel was suffering from an extreme form of dust and fur allergies that was curable because it was caught in time. The only downside was Samuel could no longer work with fur. 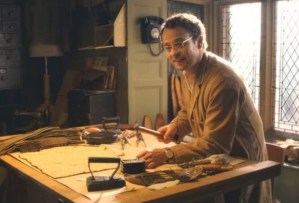 There was something deeper bothering Samuel. The Holocaust survivor suffered mentally and spiritually from the trauma of losing his entire family in a concentration camp. He also greatly regretted that he’d never had a bar mitzvah because he came of age during the genocide of his people.

Sister Hilda sensed Samuel’s inner turmoil and talked to the family’s rabbi about his sadness. In turn, the rabbi agreed that it wasn’t too late to right a past wrong and bring Samuel a sense of much-needed peace. The small but significant step also freed Samuel to embrace his cultural and religious roots while becoming the husband and father his wife and son needed. Shalom indeed.

What did you think of the latest Call the Midwife and are you excited for Lucille and Cyril’s big, beautiful news? Drop your thoughts in the comments.