That infamous slap stung a lot more than anyone thought.

Following his slap of Chris Rock at the Oscars, Will Smith has been banned from all Academy events, including the annual presentation of the Oscars, for 10 years, the Academy of Motion Picture Arts and Sciences announced on Friday.

The Most Memorable Oscars Moments Ever 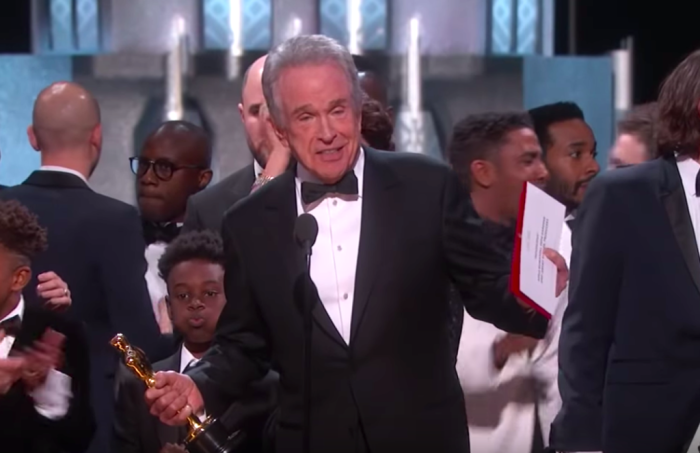 In response, Smith said in a statement (cited by our sister site Deadline), “I accept and respect the Academy’s decision.”

In its own statement, the Academy said of its decision, “The 94th Oscars were meant to be a celebration of the many individuals in our community who did incredible work this past year; however, those moments were overshadowed by the unacceptable and harmful behavior we saw Mr. Smith exhibit on stage.

“During our telecast, we did not adequately address the situation in the room. For this, we are sorry. This was an opportunity for us to set an example for our guests, viewers and our Academy family around the world, and we fell short — unprepared for the unprecedented.

“Today, the Board of Governors convened a meeting to discuss how best to respond to Will Smith’s actions at the Oscars, in addition to accepting his resignation. The Board has decided, for a period of 10 years from April 8, 2022, Mr. Smith shall not be permitted to attend any Academy events or programs, in person or virtually, including but not limited to the Academy Awards.”

Of note: Smith, coming off this year’s Oscar win for his lead role in King Richard, next will be seen in director Antoine Fuqua’s Emancipation, which is based on a true story and follows an slave who joins the Union Army. The speculation is (or at least was) that Emancipation would net Smith another nomination, for the 2023 Oscars.

“We want to express our deep gratitude to Mr. Rock for maintaining his composure under extraordinary circumstances,” the Academy’s statement continued. “We also want to thank our hosts, nominees, presenters and winners for their poise and grace during our telecast.

“This action we are taking today in response to Will Smith’s behavior is a step toward a larger goal of protecting the safety of our performers and guests, and restoring trust in the Academy,” the statement concluded. “We also hope this can begin a time of healing and restoration for all involved and impacted.”

The Academy’s formal punishment comes one week after Smith resigned from the organization. On April 1, Smith said, “The list of those I have hurt is long and includes Chris, his family, many of my dear friends and loved ones, all those in attendance, and global audiences at home. I betrayed the trust of the Academy. I deprived other nominees and winners of their opportunity to celebrate and be celebrated for their extraordinary work. I am heartbroken.”

The now-infamous slap occurred more than two hours into the March 27 Oscars broadcast, after Rock made a GI Jane joke aimed at Jada Pinkett Smith, who is bald and has previously spoken publicly about her hair loss condition, alopecia. Not long after the incident, Smith won the Best Actor award for his work in King Richard and delivered an emotional acceptance speech where he apologized to the Academy and his fellow nominees.

The following day, Smith also extended a public apology to Rock, calling his own behavior “unacceptable and inexcusable.”