This week on CBS’ Magnum P.I., Thomas gets an unexpected blast from the past when Nuzo, his dearly departed BUDS bud, is posthumously implicated in a murder.

For Magnum, this represents an opportunity for redemption, seeing as he couldn’t save Nuzo’s life but now can preserve his friend’s honor. Airing tonight at 9/8c, “It’s a very different kind of episode and unlike anything we’ve ever done before,” exec producer Eric Guggenheim previously told TVLine. “We think it’s going to be pretty special, and we’re excited for everyone to see it.”

Stepping behind the camera for this episode was series lead Jay Hernandez, who spoke with TVLine about the challenges his directorial presented, conjuring a “ghost,” his thoughts on “Miggy” and, perhaps most timely, why he isn’t worried about the series’ renewal.

TVLINE | What’s this I hear, someone is trying to smear Nuzo’s good name?
Somebody is, but it turns out not to be the case. He simply got caught up in a bad scenario. Nuzo (played again by Domenick Lombardozzi) leaves a threatening voicemail on somebody’s phone, and that man ended up dead. Years later, the body gets discovered and the message on the phone comes back to haunt Magnum. He then spends the episode trying to clear his friend’s name. 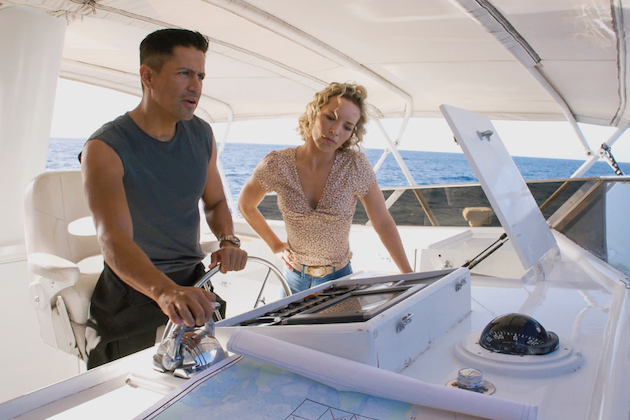 TVLINE | What specific challenges did this script present for you as a director?
In terms of directing, it was challenging because we had a lot of interesting, great locations, but they were kind of all over the island. And we had a lot of water work, which always presents challenges and always makes the days complicated to shoot, logistically. We were doing a lot of stuff on the surface of the water, I had to go down under about 50 to 60 feet to get some stuff…. It was also tough because I had to try to focus on directing, but I was in every frame of the episode. I think there were maybe two very small scenes I was not in.

TVLINE | I imagine there are flashback-y elements to the episode as well?
Yeah, that was actually another piece that was in the script, it was pretty small and fairly insignificant, but we tried to shoot the heck out of it and make it really cool. I kind of got the idea for the feel of that flashback, which takes place in Afghanistan, from a documentary I stumbled across a couple years prior, called Restrepo, which is this outpost in the middle of Afghanistan that was constantly being assaulted by Taliban. The way it was shot, and how these soldiers spent their days, was very claustrophobic and monotonous, and that monotony was broken up by insane firefights. I was trying to try to replicate that as much as I could. That was one of the challenges, but also one of the more exciting aspects of directing. 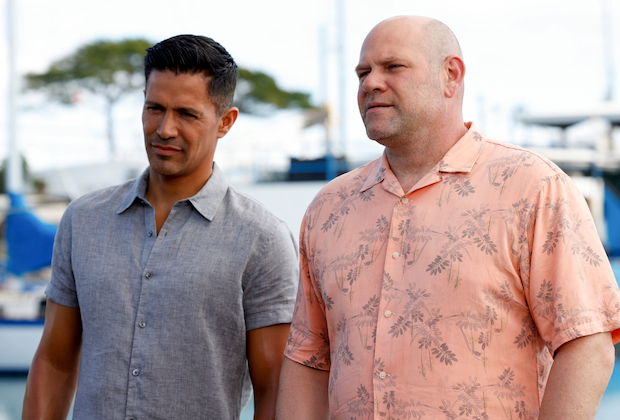 TVLINE | There are probably as many different ways of making a flashback feel like a flashback as there are directors who have directed a flashback. “Do I put a filter on it? Do I muzzle the noise a bit? Do I change the aspect ratio?”
Yeah, those are always good discussions with your DP to try to capture it. It was interesting because we had this element that we had never done on the show, which was kind of like a…. “ghost” is not a proper term for him, but Nuzo’s character comes to Thomas as this, like, mental creation — as this “imaginary friend,” as Nuzo says. So, we had to find a way to make that transition from reality to Magnum’s internal space and do that with camera work, with lighting, and clearing out some of the background and everything.

TVLINE | Are there any developments for Thomas and Juliet (played by Perdita Weeks) in this episode?
To some extent, it’s building up to something that’s going to happen in the season finale (airing May 6). We’ve teased this relationship dynamic for a while, and the audience wants to see what’s going to happen with that. So, we’re doing something with that in the finale that’s pretty interesting. But ultimately, at least in my mind, I don’t think they should be together.

TVLINE | I was going to ask, what excites or interests you about them perhaps one day getting together, and what concerns you if that happens?
Well, my perspective is that if that happens, it’s at the end of the show. Not the end of the season, but the end of the entire show. So, I don’t think it’s going to happen anytime soon. I think that tension and the dynamic between Higgins and Magnum is a big part of why the show works, and if you take that away and they become a couple, the show loses a lot, and it would change in so many different ways. So, yeah, I feel like we’d kind of rob ourselves of some great stuff if we got into that too early. 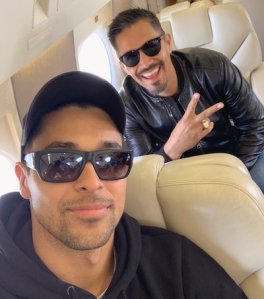 TVLINE | The NCIS kids recently dropped by your neighborhood for a little crossover with NCIS: Hawai’i. Who would you like to crossover with next?
I don’t know. I mean, we did it with Hawaii Five-O [in Season 2] and that was a lot of fun. But I don’t know how these worlds interact [these days]. So, I’m going to leave that up to the professionals. .

TVLINE | I was just curious if you had any pals on any of the other CBS casts that you’d like to work with.
Well, Wil (NCIS‘ Wilmer Valderrama) is one of my best friends. I’ve known Wil forever, and it would be pretty fun to have him on the show.

TVLINE | And how’s it looking for Magnum P.I. Season 5?
Oh, we’re good. We’re golden. I think you could bank on that.

TVLINE | The whole Hawaii thing probably helps. CBS seems to like having one or two shows going over there at any given time.
Yeah, it’s solid. The numbers are great, it travels well internationally…. So yeah, I think we’re in good shape. And you know what, they’re happy with the show. They loved this season, a lot of the stories they were really digging. And the episode I directed, they loved to the extent that I’ve already been asked to direct another one next season.

TVLINE | Lastly, here’s an atypical question that someone mailed my scoop column. Lauren asks, “How come Magnum never wears a seat belt when driving?”
I do! I love that you asked this one. So, I do wear the seatbelt, I just put it under my shoulder. And that’s on me, not Magnum, because I’m a contrarian and I don’t like weird, arbitrary rules. I was like, “Why can we go around carrying guns and shooting people, but you make me wear a seatbelt anytime I get in the car…?” This is my way of circumventing that, you know what I mean? But technically I do wear the seatbelt.

Want scoop on Magnum P.I., or for any other show? Email InsideLine@tvline.com and your question may be answered via Matt’s Inside Line.