Bridgerton fans, you have been cordially invited to meet the cast of Netflix’s upcoming Queen Charlotte-centric spinoff — which includes a few familiar faces. 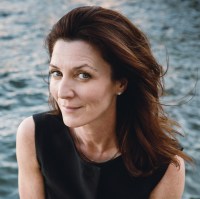 Golda Rosheuvel (Queen Charlotte), Adjoa Andoh (Lady Agatha Danbury) and Ruth Gemmell (Lady Violet Bridgerton) will all reprise their roles on the untitled prequel, TVLine has learned, along with a host of newcomers, led by Michelle Fairley, aka Game of Thrones‘ Catelyn Stark, as Princess Augusta. “Determined to maintain her family’s power, the Dowager Princess does what it takes to secure her son’s place as monarch amidst a changing, modernizing Britain,” per the official description.

Also joining the spinoff’s cast: India Amarteifio (Sex Education) as Young Queen Charlotte, who “arrives in London” bethrothed to the king, “only to realize she was not exactly what the royals were expecting”; Corey Mylchreest as Young King George, who is described as “handsome, charismatic, and a bit of a mystery”; and newcomer Arsema Thomas as Young Agatha Danbury, who “becomes a guiding light for the new Queen, all while finding her own voice and power we’ll soon recognize as Bridgerton‘s iconic Lady Danbury.”

Additional cast members include Sam Clemmett (The Musketeers) as Young Brimsley, Richard Cunningham (The Royals) as Lord Bute, Tunji Kasim (Nancy Drew) as Adolphus, Rob Maloney as the Royal Doctor, Cyril Nri (The Witches) as Lord Danbury and Hugh Sachs reprising his Bridgerton role as the older version of Brimsley.

Shonda Rhimes will serve as writer and showrunner on the limited series, which “tells the story of how the young Queen’s marriage to King George sparked both a great love story and a societal shift, creating the world of the Ton inherited by the characters in Bridgerton.” Season 2 of the original Bridgerton debuted on Netflix last week, shooting to the top of the streaming charts with 193 million hours viewed in its first three days of release.