Saturday Night Live alum and comedian Leslie Jones is about to flip the script and get serious for BMF.

Jones is joining the Starz crime drama’s Season 2 in a recurring role as Federal Agent Tracy Chambers, the network announced Thursday. Her character is described as formidable, smart and calculating. Agent Chambers knows how to “maneuver the bureaucracy that comes with carrying a badge” after spending years on the streets going up against treacherous criminals and drug dealers. She also uses her razor-sharp wit as both a defense mechanism and a survival tactic.

The host of ABC’s Supermarket Sweep, Jones is part of the growing list of strong new women characters that will be featured in BMF‘s sophomore season. The list includes former Power star La La Anthony, who was recently upped to a series regular, as well as series newcomers Kelly Hu (Arrow) and Snowfall‘s Christine Horn. 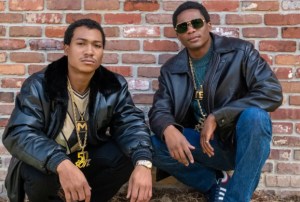 No word yet on if Eric Kofi-Abrefa, who starred as Lamar, the villain everyone loved to hate, will be back or not. In the Season 1 finale, it appeared as though his character had died, but as fans know, his death wasn’t confirmed.

Are you excited to see Leslie Jones on BMF Season 2? Drop your thoughts in the comments.