What exactly is The Pentaverate, and who is in it…?

Premiering Thursday, May 5, the six-episode comedy asks, “What if a secret society of five men has been working to influence world events for the greater good since the Black Plague of 1347?” As the series begins, one unlikely Canadian journalist finds himself embroiled in a mission to uncover that truth — and just possibly save the world himself. 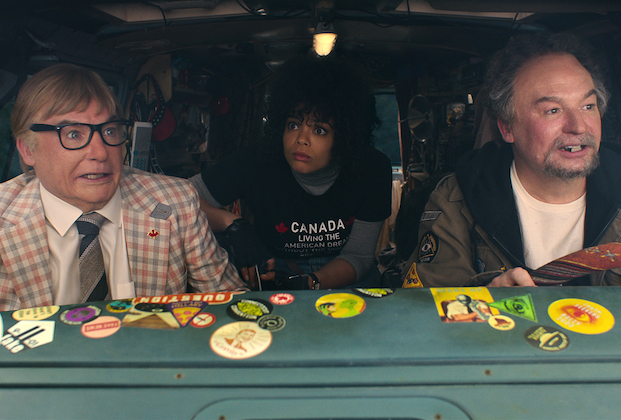 Myers (as Ken Scarborough), West and Myers (as Anthony Landsdowne)

Myers, who created and exec-produced the series, will play said journalist, Ken Scarborough, as well as:

♦ and Jason Eccleston, the tech genius who invented the Pentaverate’s supercomputer, MENTOR. 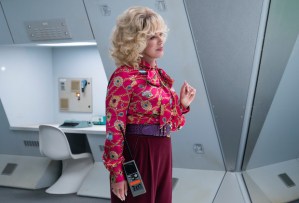 The non-Myers cast features Keegan-Michael Key (Schmigadoon!) as Dr. Hobart Clark, a nuclear physicist recruited by the Pentaverate to resolve the climate change disaster…. Lydia West (It’s a Sin) as Reilly Clayton, a young woman working at the Canadian News Station with Ken… and Debi Mazar (Younger) as Patty Davis, the highly trusted Executive Assistant to the Pentaverate (and, some would say, the brains behind the operation). 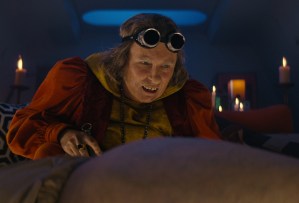 Saunders as The Maester of Dubrovnik

You also have Ken Jeong (from what feels like everything these days) as Skip Cho, a casino mogul with extensive knowledge in the chaos theory of weather patterns… Richard McCabe (Harlots) as Exalted Pikeman Higgins, the Head of the Liechtenstein Guard (aka the Pentaverate’s security force)… and Jennifer Saunders (Absolutely Fabulous) as both the Maester of Dubrovnik (head investigator for the Pentaverate) and the Saester of Dubrovnik (protector of the parce clavem, the spare key for the Pentaverate’s voting apparatus).

Jeremy Irons, meanwhile, serves as the narrator of the series.