Snowfall‘s Cissy is a different woman now that she’s back from Cuba — and her return to Black radicalism might just be the thing that saves Leon’s life, says Michael Hyatt, who plays the matriarch on the FX crime drama.

After all, it was Cissy who stepped in after Leon bought a ton of guns to wage war when a police drug raid in the projects took a particularly abusive turn. Leon sought bloody revenge against the cops, but Cissy came to see him in last week’s Episode 4 and let him know there are more strategic (and non-violent) ways to fight back against the system. Fans will see how all of this plays out when the beloved FX drama continues its season this Wednesday at 10/9c.

“Every year, there have been twists and turns, but this particular twist really felt empowering,” Hyatt attests to TVLine. “And I’ve enjoyed it. Being in Cuba and seeing that everyone gets a quality education and medical care, as well as the deep connection to the African experience, gave Cissy a new appreciation and understanding of her existence. Remember, she lived with Alton, a Black Panther, for much of her young life. It’s not a new consciousness. It’s a reawakening. She comes back with a straighter back.”

It’s this sense of self-awareness that Cissy also tries to extend to Leon (played by Isaiah John), who is like a son to her. In Season 4, it was Cissy who comforted Leon when he accidentally shot and killed Skully’s 5-year-old daughter, Tianna. 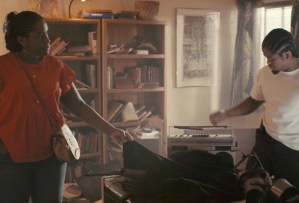 “When Leon didn’t show up to her welcome home party, Cissy got the sense that she needed to check up on this young man,” Hyatt explains. “Cissy knows where he was mentally before she left for Cuba. She knows the level of anger and fear he was experiencing.

“It’s just another way Cissy wants to take care of Franklin, her child,” Hyatt adds. “Leon is an extension of Franklin. And when she sees Leon and talks to him, she goes back through the Black radical teachings she was a part of through Alton.”

Cissy — who is currently plotting her own revenge attack against CIA agent Teddy McDonald for “disappearing Alton” — also doesn’t want Leon to suffer the way Alton did at his age. 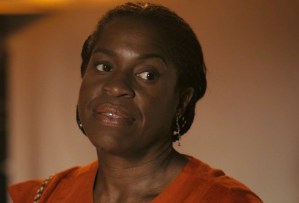 “Leon is a younger version of Alton in a lot of ways,” the vet of The Wire observes. “He’s fighting for his rights and the rights of his people. He’s a Black Panther in the making. Having been through it with Alton and having seen how that aspect destroyed him, she wants Leon to try things a different way. In Leon, Cissy sees a combination of Alton and Franklin and all the young men who were fighting against the s—ty corner food they were forced to eat. They were starving for a salad and that’s what the Black Panther Party was.”

Are you excited about Cissy’s revenge and her desire to help Leon? Drop your thoughts in the comments.