Hall of Fame wrestler Scott Hall died Monday at the age of 63, WWE has confirmed.

The former WWE Intercontinental Champion had been on life support since Saturday after suffering serious complications from hip replacement surgery, per PWTorch.

“Once his family is in place they will discontinue life support. I’m going to lose the one person on this planet I’ve spent more of my life with than anyone else,” Nash wrote.  “My heart is broken and I’m so very f—king sad. I love Scott with all my heart but now I have to prepare my life without him in the present.”

“I’ve been blessed to have a friend that took me at face value and I, him,” he continued. “When we jumped to WCW, we didn’t care who liked or hated us. We had each other, and with the smooth Barry Bloom, we changed wrestling both in content and pay… We were the ‘Outsiders’ but we had each other. Scott always felt he wasn’t worthy of the afterlife. Well, God, please have some gold-plated toothpicks for my brother. My life was enriched with his take on life. He wasn’t perfect but as he always said, ‘The last perfect person to walk the planet they nailed to a cross.’ As we prepare for life without him, just remember there goes a great guy you ain’t going to see another one like him again. See Ya down the road Scott. I couldn’t love a human being any more than I do you.” 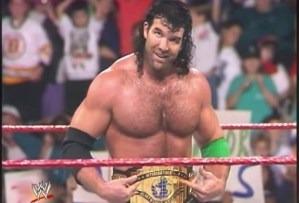 Best known for being one third of the revolutionary staple New World Order alongside Nash and Hulk Hogan, Hall got his start with the National Wrestling Alliance in 1984 feuding with Dusty Rhodes.

He wrestled in the WWE from 1992-1996 as Razor Ramon, aka “The Bad Guy,” a suave Cuban American bully from Miami — always seen with a toothpick in his mouth — inspired by Scarface’s Tony Montana and Manny Ribera. After a memorable feud with Shawn Michaels in 1993, he defeated the Heartbreak Kid at WrestleMania X to become the undisputed Intercontinental Champion.

He wrestled in WCW from 1996-2000 under his own name, forming the Outsiders with Nash, and then the NWO with Hogan and Nash.

Hall was also a member of The Kliq, a backstage friend group that included Nash, Triple H, Shawn Michaels and Sean Waltman (The 1-2-3 Kid/X-Pac). In his final WWE match before jumping ship to WCW, known as the “Curtain Call,” he and Nash embraced real-life friends Triple H and Shawn Michaels in front of the crowd at Madison Square Garden — a big no-no since their characters were supposed to be feuding.