School will be back in session in just a few weeks, when Netflix releases Season 5 of Élite. 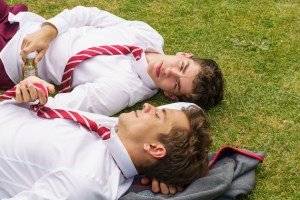 The coming season, which will drop all eight episodes on Friday, April 8, picks up after Phillipe’s fateful New Year’s party and Guzman’s running away, as the secret about Armando’s death threatens to destroy the love story between Samuel and Ari. Meanwhile, Rebeca is going through a process of self-discovery, Omar is recovering from his separation from Ander, and the addition of Adam Nourou (winner of the Goya for Best New Actor for the film Adú) as a character named Bilal will further complicate things.

Also on tap for Season 5 are Phillipe’s confession of abuse, Patrick’s anger issues, Benjamin’s revenge desires, a present from Armando to Mencia that could destroy everything, and a pact of silence between Samuel and Rebecca that doesn’t last long. 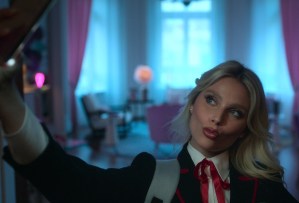 “Élite is a universe I always want to return to,” series co-creator Carlos Montero said in a statement. “As a creator and as a spectator. It stimulates me, comforts me, encourages me. And the fifth season has been so great, so alive, that I know I’m going to come back to it more than twice and three times. It’s a feast for the senses. You’re going to enjoy it.”

Co-creator Jaime Vaca added that with each season, Élite “shows how rich it is and how much there is still to tell. Far from running out of steam, it opens up new avenues and new stories that are more interesting, more entertaining, and more exciting”.