Class will be in session next year: ABC has renewed the freshman comedy Abbott Elementary for Season 2, the network announced Monday.

Debuting in December with a one-off sneak preview, Abbott Elementary took over the Tuesdays at 9 time slot in January. Reviews have been strong, and so have ratings: Its freshman run has been averaging 3.9 million total viewers and a 0.9 demo rating (with Live+7 DVR playback factored in). Out of the half dozen comedies ABC has aired this TV season, it ties The Conners as the top-rated and ranks No. 4 in total audience (besting Home Economics and black-ish).

It also ties CBS’ own freshman comedy hit, Ghosts, in the demo. 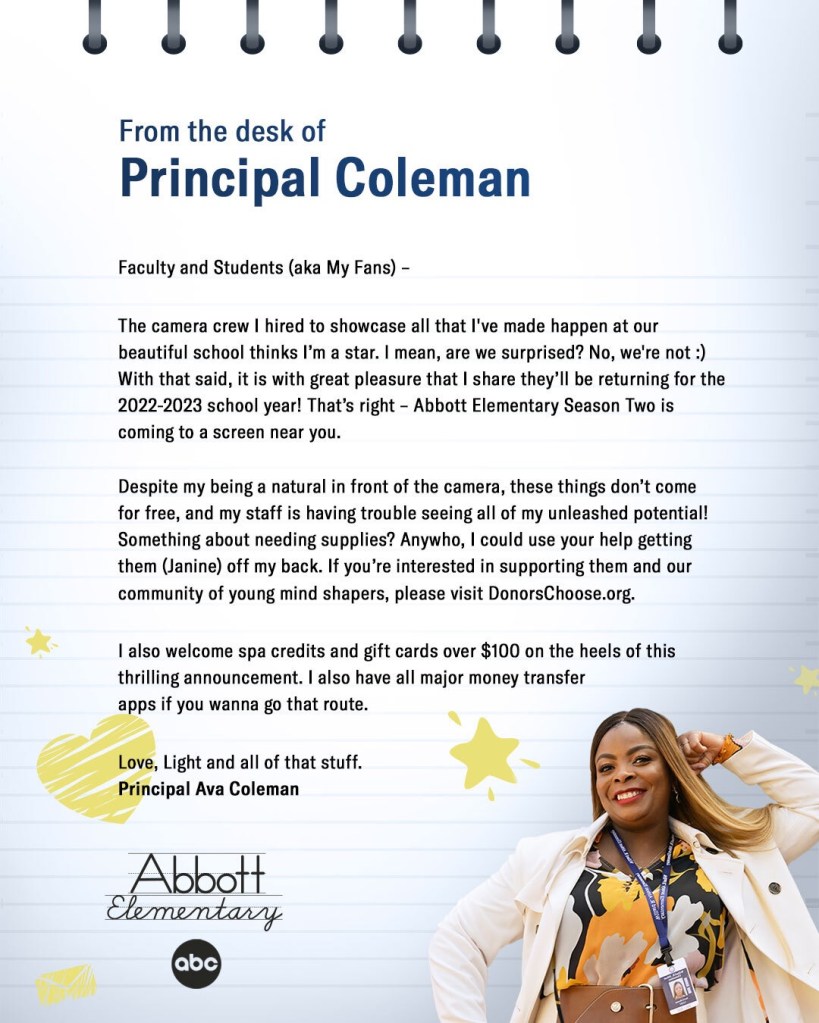 TVLine’s Renewal Scorecard has been updated to reflect the news. (Check it out to see if your other network favorites are coming back next season.) Are you happy to enroll in another year at Abbott Elementary? Hit the comments and share your thoughts on the renewal.