Every episode of Showtime’s Billions in Season 6 has been a seesaw. One week Prince wins, only to lose to Chuck the following week — and then rinse and repeat.

Thankfully for fans, this Sunday’s installment showed that the New York Attorney General’s eventual win at the end of Episode 8 wasn’t quite so clear cut. Ever since Chuck started to look at his battle against Prince as a game of Stratego instead of a chess match, he has gotten more ruthless and bitter. He’s been telling his new second-in-command, Dave, that theirs is a fight against the wealthy and entitled one percent.

But in reality, the fight has been — and will always be — about Wendy. In Episode 7, it seemed like the former spouses had turned a corner and were beginning to be cordial and even loving toward one another again. That is, until Chuck saw how happy Wendy was that Prince had brought the Olympic games to New York. Suddenly, Chuck’s mission became more petty and personal.

This is especially noteworthy because Chuck is still smarting that he lost his original right-hand woman, Kate, to Prince’s hard-to-beat professional perks. Once Chuck realized how much Wendy idolizes Prince as well, he couldn’t help but sharpen his knives faster and with more vigor. 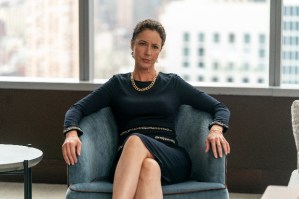 That’s why at the top of this week’s episode, Chuck asked Dave what was worse than getting what you want. When Dave said “getting what you want and then losing it,” Chuck’s eyes lit up with a renewed spark that was borderline tumescent. First, Chuck went to the Olympics chairwoman and told her Prince was corrupt and he’d used bribery to get the games.

That didn’t work, because he didn’t have any real proof, so Chuck decided to go after the billionaires who had backed Prince to bring the Olympics to the Big Apple instead. This meant threatening a steep capital gains tax and then pulling in governors from nearby states to make sure those same billionaires couldn’t relocate their businesses to their states for quick tax shelters.

Unbeknownst to the billionaires, Chuck hadn’t actually locked down commitments from those governors, but thanks to Dave’s dinner, it appeared as though he had, and that was all the vindictive politician needed to make the wealthy tycoons quickly ditch Prince and his games in order to protect themselves and single out Prince as the corrupt entity. 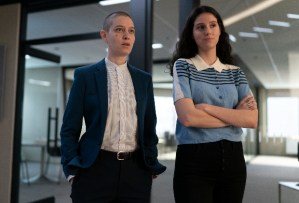 When the Olympics chairwoman caught wind of this, she pulled the games and moved them to Los Angeles. Prince in turn not only suffered an embarrassing loss, but he lost Andy, his estranged wife. The love of his life, Andy was the only reason he wanted to bring the games to New York, so she could train there and they could reconcile. Now Prince is the one with rage in his eyes and Chuck still hasn’t figured out a way to win back Wendy, which means in the end, no one really won.

Taylor almost succumbed to a childish workplace rivalry when she sunk a bunch of money into Hypersonic, a risky new airline with questionable technology. Rian tried to warn them and gave up until Wags offered helpful words of wisdom.

As an added twist, Phillip (the source of Taylor’s ire) came to help Taylor and Rian offload the stocks to make it seem like it was because of the Olympics relocating and not that the technology was unsound. Meanwhile, Wags embraced monogamy and a life of shared dwellings, and Gabby Reece, Megan Rapinoe and Gayle King all made guest appearances as themselves.

What did you think of this week’s Billions and who are you rooting for, Chuck or Prince? Drop your thoughts in the comments.