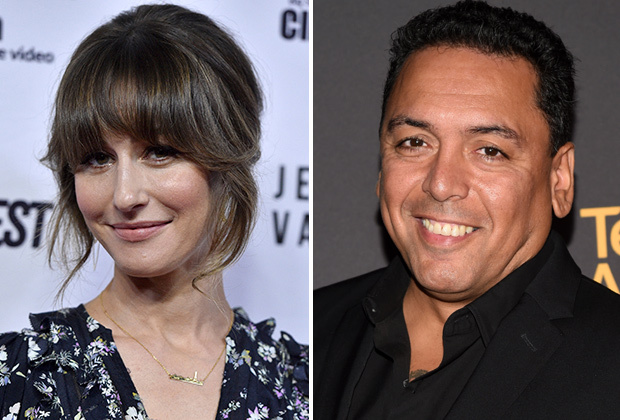 In the yet-to-be-scheduled installments, Officer Nolan (Nathan Fillion) and the L.A. division of the FBI enlist the help of FBI trainee Simone Clark (Nash) when one of her former students is suspected of terrorism following an explosion at a local power station.

Foster will play Special Agent Casey Fox, who has been on the job for five years, while Solis will portray Special Agent Matthew Garza, a 20-year veteran who’s on the cusp of being promoted to a leadership role.

* Nick Offerman (Parks & Recreation) will star opposite William Jackson Harper and Cristin Milioti in Peacock’s comedic thriller The Resort, which is described as “a multi-generational exploration of love, marriage, and family vacations, set amidst one of the Mayan Riviera’s most bizarre unsolved mysteries.”

* Jay Duplass (The Chair, Transparent) has joined Industry Season 2 in the series-regular role of Jesse Boom, a reputable hedge fund manager who has just emigrated to the UK, per Deadline. The HBO/BBC drama has also added Sonny Poon Tip (Holby City) and Katrine De Candole (Dominion) to its cast.

* Brandi Carlile, Jason Isbell and Steve Earle will be among the performers at this year’s Americana Honors & Awards broadcast, which will air on The Circle Network on Sunday, March 20, at 8/7c.