Warning: The following contains spoilers for Wednesday’s Good Trouble premiere. Proceed at your own risk!

Good Trouble fans hoping to see Davia and Dennis finally dive into a relationship are going to have to keep waiting. In Wednesday’s Season 4 premiere, the blonde opted to be with school teacher Matt, telling Dennis that she was intoxicated with saving him. But there’s a difference between being needed and being wanted, she added. 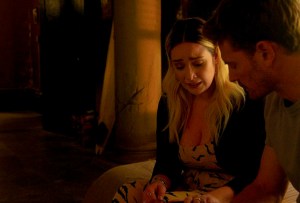 Considering that Davia has had romantic feelings for Dennis for a while now, her words to him could be considered surprising. “It’s self preservation,” her portrayer Emma Hunton tells TVLine. “So many things have gone wrong that she doesn’t want to risk being rejected.”

Unfortunately, that’s exactly what happened when Davia later video chatted with Matt to share her decision. He ended up breaking her heart, saying that he doesn’t want someone who needs weeks to figure out their feelings for him. He’s also not convinced that she isn’t still in love with Dennis — and he’s not the only one who believes the pair are going to end up together.

“I think [Davia and Dennis] know that they’re endgame, too,” Hunton says, “and when you have a relationship with someone, a friendship that’s solid, before you really get into the nitty gritty of that relationship, you want to make sure you don’t mess it up, because if you’re really close with someone, it’s all or nothing.”

Plus, “good things take time,” Josh Pence, who plays Dennis, notes. “Sometimes, it takes a little bit of time to figure out who you are so you can be sure about what you want.”

As Season 4 progresses, Dennis will go on his own personal journey, “opening up and blossoming and being a bit more extroverted and connecting to people more and not leaning on [Davia] as much to be the thing that anchors him,” Pence previews. “There’s a lot of people in The Coterie, there’s a lot of people that needed help, and he’s got a sort of unique skill set, being a little more of an adult and having had a child, and now we’ve got a new one on the way [with Gael and Isabella’s baby]. There’s a lot that we’ll see in him in terms of growth.” 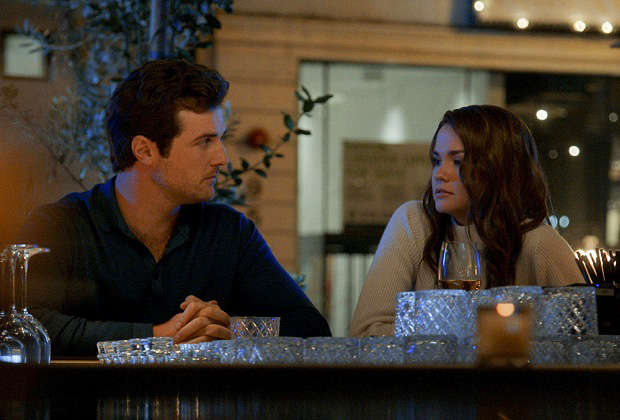 Elsewhere in the premiere, Callie recorded Tommy’s confession of murder to blackmail his father into helping Kathleen. Having had to get her hands dirty, Callie told Jamie that she now understands that everyone lives in the grey and apologized for betraying his trust during the Onway situation. Jamie, in turn, confessed that he’s learned betraying your ethics for a client isn’t always right.

“I still love, you know,” Jamie added, to which Callie replied, “I still love you, too.” But despite that, Callie couldn’t jump into a relationship again, explaining that she needs to figure out who is and make some big life changes.

“Callie and Jamie have had this dynamic where there’s been so much push and pull around values and compromising those values to be together and what that means to their relationship,” her portrayer Maia Mitchell says of the meaningful exchange. “That, ultimately, was the reason for them ending their relationship. And what’s really interesting about that scene is that you see two people, having been through a lot [while] separated, meeting in the middle with their feelings about that and having more empathy for the other person’s situation. Callie learned that sometimes you do have to compromise your values, and sometimes you do get cornered, and that sometimes maybe that’s OK… And he’s going the other way, where he’s prioritized his values and his relationships over his work.”

“That scene is really special,” Mitchell continues. “Me and Beau [Mirchoff] had such a beautiful time filming that because we’ve had so many years of arc between the two of them since The Fosters. So it was a really nice coming together for the two of them and seeing them just being really honest and calm. I really loved that scene.”

Good Trouble fans, what did you think of the season opener? Grade it below, then hit the comments!