Proof positive that you can’t keep a good woman down — or, for that matter, a (formerly?) bad man. AMC on Monday announced that it had greenlit a Walking Dead spinoff centered on Lauren Cohan’s Maggie and Jeffrey Dean Morgan’s Negan.

Premiering in 2023, the new series Isle of the Dead will follow the unlikely pair — what with him having murdered her husband and all — into what the network calls “a post-apocalyptic Manhattan long ago cut off from the mainland.

“The crumbling city,” AMC adds, “is filled with the dead and denizens who have made New York City their own world full of anarchy, danger, beauty and terror.”

Walking Dead vet Eli Jorné has been tapped to executive-produce the six-episode Season 1 along with Cohan and Morgan, with the whole show being overseen by Scott M. Gimple, chief content officer of the Walking Dead Universe. 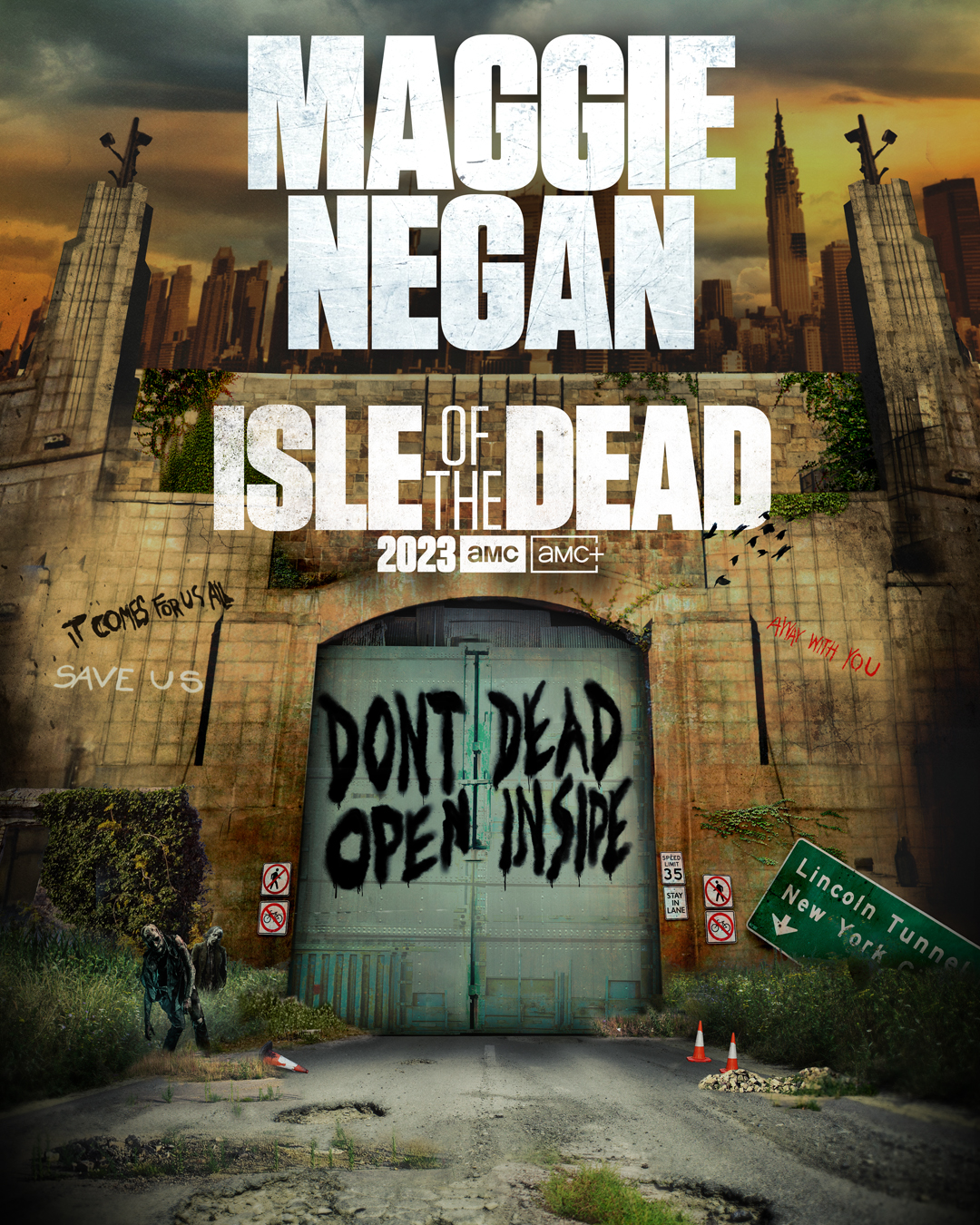 Jorné “has created something incredibly special,” said Cohan, adding, “I cannot wait for the fans to see what we have in store for Maggie and Negan.” For his part, Morgan, who expressed to TVLine his openness to the idea of a spinoff this past fall, exclaimed, “Walkers in an urban setting has always been such a cool image, but 5th Avenue, [the] Empire State Building, [the] Statue of Liberty? The greatest city in the world?!?

“The backdrop is amazing,” he continued, “but it’s the story that Eli Jorné cooked up that is even better. Buckle up, folks, Isle of the Dead is going to reinvent the Walking Dead Universe.”

Following Fear the Walking Dead, The Walking Dead: World Beyond and the in-the-works Tales of the Walking Dead and an as-yet-untitled Daryl/Carol spinoff, Isle of the Dead will be the fifth offshoot of the original AMC drama based on Robert Kirkman’s comic-book series.

So, what do you think? Does Isle of the Dead not sound like the best idea for a spinoff that you’ve heard yet?