THE PERFORMANCE | When we first heard about Pam & Tommy, which of course follows the Pamela Anderson/Tommy Lee sex tape hullabaloo, we knew the actress who portrayed the ’90s sex symbol would have to look the part. But the real beauty in James’ performance lies not just in how she looked, but the way she fully encapsulated the sweetness, strength and bubbly nature of the small-town Canadian who went on to become one of the era’s most renowned celebrities.

In the series’ penultimate episode, James commanded Anderson’s street smarts and determination, as she one-upped scummy journalists hungry for salacious headlines. During a press junket for Barb Wire, James painted a forced smile on her face, while driving home the fact that she and Lee were victims, a narrative and reality the press didn’t want to hear. But we could see through to Pam’s pain.

And later, during a taping of The Tonight Show With Jay Leno, James’ kittenish delivery was on point after the host inquired about the video (“What tape, Jay?”). The actress deftly balanced Anderson’s playful demeanor with increasing levels of discomfort. “It’s horrible,” she said. “To have something so intimate stolen from you… without your permission and exposed to the world? This is devastating to us.” One could hear a pin drop in the audience, until James unleashed that ebullient laugh that captured the hearts of millions.

Anderson had to play coy in the media, but she was angry, too. When Lee wanted to punch Leno’s lights out, James quelled the rocker’s fury with a firm resolve, grasping control of the situation wherever she could. But when they lost their court case, Anderson realized why: She didn’t have any rights because “sluts don’t get to decide what happens to pictures of their body.” James’ delivery was full of frustration, fury and pain, and we bought everything she was selling. 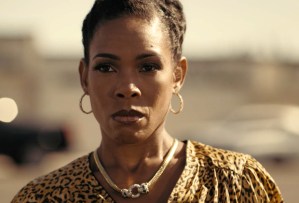 HONORABLE MENTION | Franklin attempted to insult his aunt by calling her “Queen Louie” in this week’s Snowfall. Thanks to Angela Lewis’ regal performance, however, the slight felt more apt than offensive. Lewis commanded the screen with a folded-arm stance that dared anyone to try her patience. The way Lewis handed candy to the kids of her character’s attempted assassins, while telling the ex-strippers how to make things right between them, gave us chills, as did the way the actress’ visage switched from pleasant smiles to furrowed-brow frowns while handling her Skully/Buckley problems. Nothing spotlighted Lewis’ range better than the standoff with her alter ego’s nephew. Determined to stay outside of the subservient square Franklin wants to shove Louie and her husband back onto, Lewis flared her nostrils, set her jaw, and let Franklin’s threats wash over Louie like a malodorous breeze. 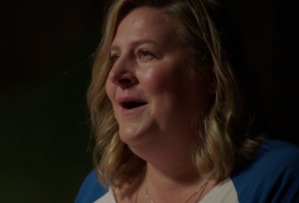 HONORABLE MENTION | Bridget Everett‘s portrayal of a Kansan’s midlife crisis was a balancing act of boisterous humor and subtle sadness. But in the Season 1 finale of Somebody Somewhere, her character Sam found solace and belonging, all while learning to accept the devastating loss of her sister. Everett was a joy to watch on both sides of the emotional spectrum, letting her sense of calm and heart take center stage during a musical tribute to her friend Joel. Not only did she perform the ballad’s piano bits, but the actress pulled at our heartstrings singing about Sam’s resistance to connect and darker days. “You brought me home,” she sang, half-smiling through discomfort. Forging on. Of course, she then chased that tenderness with a drunk-party-bus riff: “Gonna wrap this p—y around every d–k I can!” Only Everett could extract so much feeling out of filth. 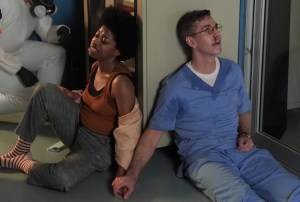 HONORABLE MENTION | The dramatic impact of this week’s NCIS relied heavily on the performances by Brian Dietzen and Diona Reasonover — and they absolutely delivered. As Jimmy and Kasie realized they had been exposed to a biotoxin and then began exhibiting its early symptoms, both Dietzen and Reasonover threw vanity to the wind to convey the characters’ individual plights. Whereas many a show will serve up a tidy version of a viral threat, Reasonover went all in as Kasie grew overanxious and scared; and later, there was a glimpse of her leaving a touching voicemail for her mom, thinking the end was nigh. Dietzen (who also co-wrote the episode) similarly leaned into the harrowing nature of the crisis, and then brought us to tears with Jimmy’s heart-to-heart with daughter Victoria. “What’s important is not how we die, it’s how we live,” he said — and luckily, both he and Kasie will live to see another day (or “strike”).