We’ve got questions, and you’ve (maybe) got answers! With another week of TV gone by, we’re lobbing queries left and right about lotsa shows including Chicago P.D., Mrs. Maisel, Euphoria, Legends of Tomorrow, Ghosts and more! 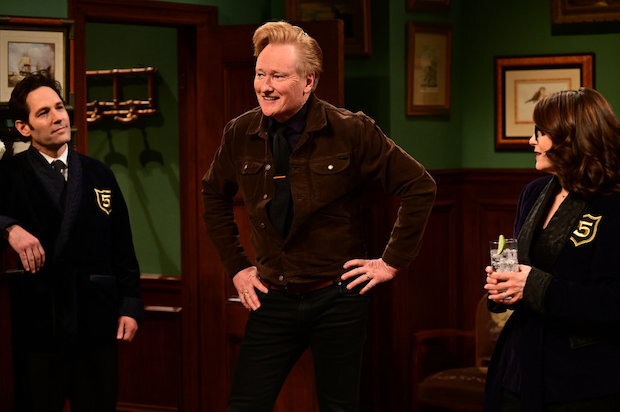 1 | Where does John Mulaney’s “Subway Churro” rank among his five Saturday Night Live musical sketches? Were you surprised (and/or delighted) to hear him reference to his eponymous one-and-done Fox sitcom during the 5-Timers Club sketch? And did you ever in a million years expect to see former Tonight Show host Conan O’Brien back on NBC — and in the 11:30 time slot?

2 | How did Euphoria‘s Lexi include that last scene between herself and Rue in her play when it clearly took place after the play was produced? And are we the only ones who remember that Rue still owes that drug dealer Laurie a whole bunch of money?

3 | How bad an idea was it for The Walking Dead‘s survivors to stage a zombie maze with living people made up to look like zombies? Wouldn’t the kids then have had their guard down around an actual walker, should one stumble in? Also, how eager are we all to see Sebastian meet a swift and gruesome end? 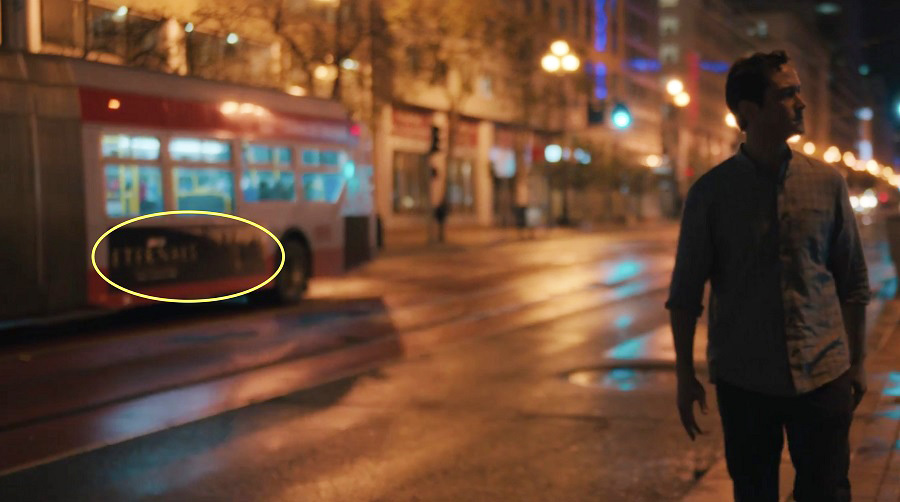 Does Super Pumped‘s main title sequence remind anyone else of Halt and Catch Fire‘s — and not just because Kerry Bishé‘s name appears in the credits? Is this the first instance of two TV characters bearing the same name (in this case, Richard Schiff and This Is Us’ Sterling K. Brown both playing Randall Pearsons) since Fox had two Eric Formans (That ’70s Show‘s Topher Grace and House‘s Omar Epps)? And as reader Moderndiva pointed out, shouldn’t the 2011-set series have done a better job blurring out this bus ad for the 2021 Marvel film Eternals?

5 | When the American Idol judges presented Huntergirl with the season’s first platinum ticket, didn’t it kinda feel like they’d already crowned her the winner of the whole shebang? And did Katy Perry — arguably the toughest of the judges — really think “She has stardust on her!” was a good enough reason to give Grace Franklin a ticket to Hollywood?

6 | When The Rookie‘s Nolan remarked that Skip Tracer Randy is “best in small doses,” were you nodding right along with him?

7 | Do you expect (or want) to see more of Jada Pinkett Smith’s Equalizer character? Could CBS be mulling a spinoff of their No. 2-rated drama?

8 | Was even a single Days of Our Lives viewer surprised that Craig’s secret boyfriend turned out to be none other than Leo Stark? 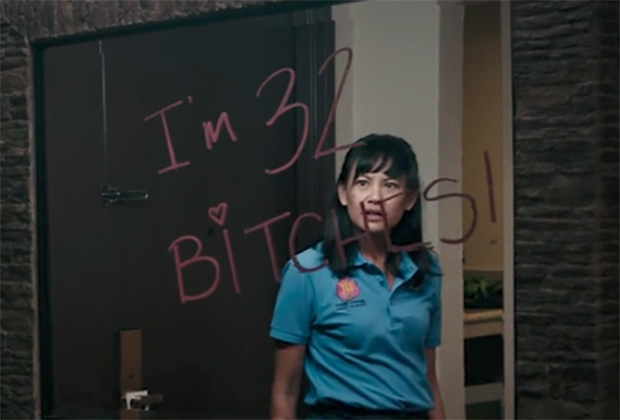 We can understand 21 or even 30, but isn’t 32 a random age for this Cleaning Lady hotel mirror message? And why didn’t Arman consider that Hayak could so easily fact-check whether Arman’s aunt had actually passed away?

10 | Maybe she’s been steeled by her mother’s year-ago passing, but shouldn’t NCIS‘ Victoria have been freaking out a bit more about her dad nearly dying in front of her eyes?

11 | What tickled you more: That Better Things‘ Sam has her mom listed in her phone as “Phil My Neighbor,” or Sam’s stunned reaction to breaking her precious statue? 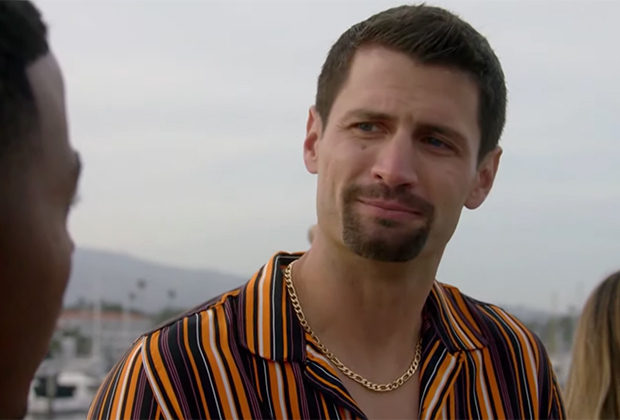 One Tree Hill fans, did you appreciate seeing James Lafferty pop up on this week’s All American, playing a former student athlete no less?

13 | Were you surprised that Naomi‘s Dee interrogated her the way he did? Does that make him like a second father, a protective uncle, or a bit of both? 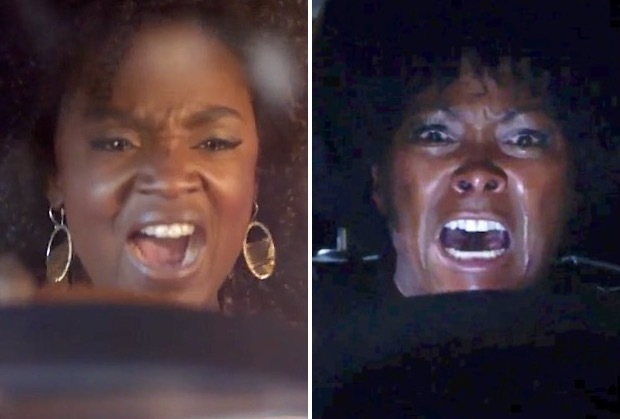 Did The Kings of Napa make it seem like changing a wine blend is as easy as adding Tabasco to gumbo? (Wait, is it that easy?) Did Bridgette’s vehicular meltdown give anyone else flashbacks to The Haves and the Have Nots‘ finale? And wouldn’t the “Who’s the extortionist?” mystery have packed more punch if there’d been a snowball’s chance in Hell we could’ve figured out his identity?

15 | Isn’t it wild that Legends of Tomorrow‘s Caity Lotz is the only cast member left from the show’s first two seasons?

16 | What do you say, Batwoman fans: In the event of renewal, will the villain teased at the end of the season finale turn out to be Solomon Grundy or, more likely, Blight? Are you entirely convinced that Marquis was cured with the Joy Buzzer? 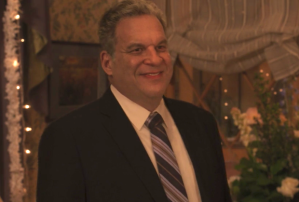 17 | Did wondering how The Goldbergs was (or wasn’t) going to include Murray in the 200th episode distract you from Erica and Geoff’s sweet nuptials?

18 | Chicago Fire fans, are you a bit disappointed that Brett Dalton’s Lt. Pelham isn’t sticking around the firehouse?

19 | Who do you think kidnapped Chicago P.D.‘s Makayla?

20 | Wouldn’t A Million Little Things‘ Eddie have immediately pointed out his ex-wife to his new girlfriend at Maggie’s party?  Speaking of poor planning: Gary, could you have handled the run-in with Peter’s wife any more badly? (Maybe you were just driving down their street? Maybe you thought about stopping to talk to him, but decided not to?)

21 | We’re not lawyers or anything, but there is no way Sistas‘ Zac could’ve been arrested without the cops reading him his rights and telling him what he was being arrested for, right? And does Jake even have Fatima’s number? When did that happen?

22 | Considering the fact that Snowfall usually keeps it all too real, were you disappointed by the fake-looking Tianna tattoo on Skully’s back? 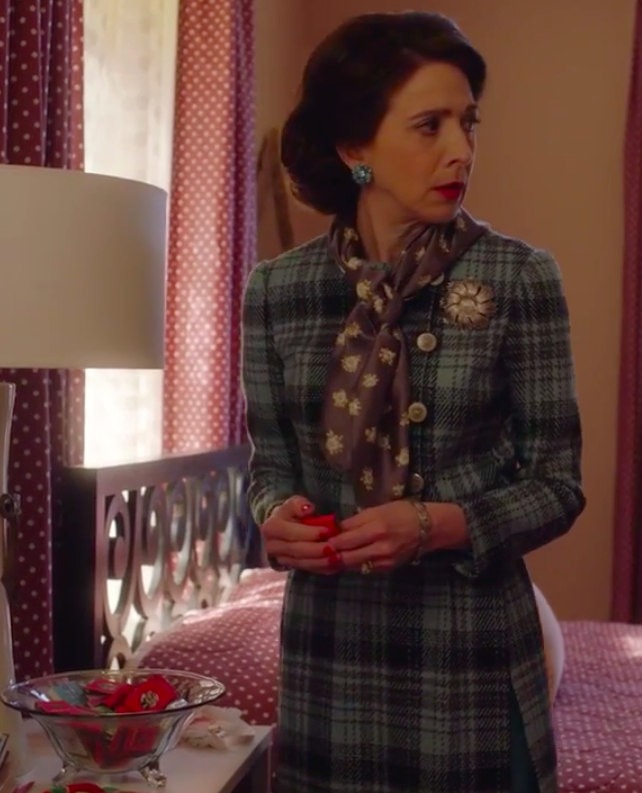 On The Marvelous Mrs. Maisel, if Midge was trying to keep her job as strip club MC on the down low from her family, maybe she should’ve reconsidered not only hoarding match books from the joint but prominently displaying the collection on her nightstand for her mother to easily stumble upon (as she did in Episode 5)? And in Episode 6, did you gasp when Midge jokingly warned Sophie Lennon’s studio audience about an impending Russian invasion?

24 | What are the odds that The Dropout — the series in which Kate McKinnon was once set to star as Elizabeth Holmes — would premiere the same day as McKinnon’s Joe vs. Carole, and that that night, Law & Order would do an Elizabeth Holmes-ian case?

25 | Did Ghosts‘ talk of brains remind you of iZombie? And did you think Hetty was faking it when she begged Isaac to kiss her nape?

26 | How much did Grey’s Anatomy‘s bittersweet Cormac/Meredith goodbye make you regret the fact that the show never really gave “Mermac” a chance? And how tacky was it of Teddy to turn checking in on Megan and Farouk into just another round of “What’s Owen hiding?”

27 | On grown-ish, did you enjoy teenage Jack and Diane’s visit? And did you know Diane and Jazz were friends?

28 | Has Servant‘s Dorothy considered that maybe she’s entirely insufferable, and that’s why Leanne is butting heads with her?