The perilous health of his mentor Dr. Bishop will put Dr. Bashir “Bash” Hamed’s own future at the hospital in jeopardy when Transplant makes its stateside Season 2 debut this Sunday (NBC, 10/9c). 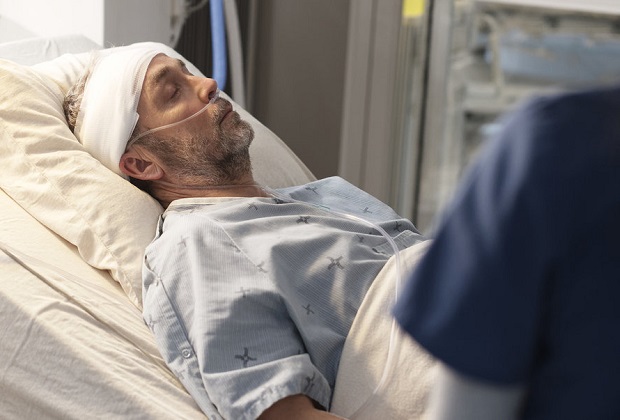 With Bishop still unconsciousness after suffering his second stroke, Bash is feeling a whirlwind of emotions, especially in light of the two men’s growing bond and the fact that Bash performed a procedure on Bishop in the field. “[Bishop has] become a friend, mentor [and] father figure [to Bash], and having gone through the loss Bash has gone through before, he feels extremely guilty, very vulnerable,” star Hamza Haq tells TVLine, “and just wants to make sure that Bishop just comes back and goes back to business as usual, because there’s a safety and a comfort that he hadn’t felt since probably before the war in Syria.”

But with Bishop out of commission, a new acting head of the Emergency Department, Dr. Mark Novak (played by Gord Rand), steps in and further pulls the safety net out from under Bash. “This new chief is quite different in his approach to medicine than Bishop,” Haq describes. “He’s more the Doctors Without Borders kind of guy, has a disregard for protocol and rules and authority in the same way that Bashir does. But he’s also very much not Bishop.”

So while there’s “a familiarity with how [Novak] runs things” that is in line with Bash’s own background, Bash feels “a hesitation to trust somebody who is not necessarily in Bishop’s good books,” Haq continues. “That internal conflict is something that’s explored for the entirety of Bash and Novak’s relationship.”

Warns John Hannah, who plays Bishop: “[Novak is] certainly around for long enough that given some of the questions that Bishop faces about how he behaved and the choices that he made in Season 1 are not only putting himself in jeopardy, but as Bash’s mentor and protector, then he, too, could be in some jeopardy.”

On top of that, Bash is also facing a big shakeup in his personal life with the arrival of Rania (Nora Guerch), the mysterious woman who showed up at the hospital at the end of Season 1, much to Bash’s shock. “She is somebody that Bashir had a relationship with in Syria, and he thought that he had lost [her] completely,” Haq teases. “They haven’t seen each other since they were separated by the war. And with her re-entry into his life, it throws a lot of things into question.”

What are your hopes for Transplant Season 2? Hit the comments!