In her very first episode of Walker, new series regular Ashley Reyes gets to do something quite memorable and unexpected: shove star Jared Padalecki into a car trunk.

The incident takes place when Reyes’ Ranger Cassie Perez first encounters Cordell Walker and mistakes him for a suspect who’s been posing as her MIA partner. So naturally, she tasers Walker and locks him up in a vehicle trunk.

“It’s quite the introduction, isn’t it?” Reyes remarks with a laugh. “It was hilarious. I had never really done stunts on camera before doing this job. I was trained in stunts beforehand, but I had never actually used anything I had learned. When I read the script, I was like, ‘Oh, wow, my first thing is shoving a giant man into a car.’ But he loved it. He folded right up and wanted to go in the trunk. It was a little bizarre.”

As Cassie races through the streets, Walker struggles in the trunk and finally convinces her to call Captain James to verify his identity in the above exclusive sneak peek from Thursday’s episode (The CW, 8/7c). But even though Cassie apologizes to Walker, their first impressions of each other linger until they’re ultimately able to find some common ground, Reyes previews below.

The actress also talks about following in Micki’s shoes as Walker’s new partner and watching Padalecki reunite with his Supernatural costar Jensen Ackles, who is currently on set directing an upcoming episode.

TVLINE | What drew you to this role? And how familiar were you with the show before you joined?
They sent me a character breakdown and some fake sides to read for my audition, and I was immediately excited about her. I wasn’t too familiar with the show. I, of course, then binge watched the season and a half that had come out before me. But I was like, “Wow, there’s nothing like this character on the show.” I thought she was so exciting and fun and funny, and I kind of immediately fell in love with her.

TVLINE | What kind of Ranger would you say she is?
Oh, she goes broke. She’s a great Ranger because she gets the job done and she won’t stop until she solves whatever case she needs to. The ends justify the means for her. 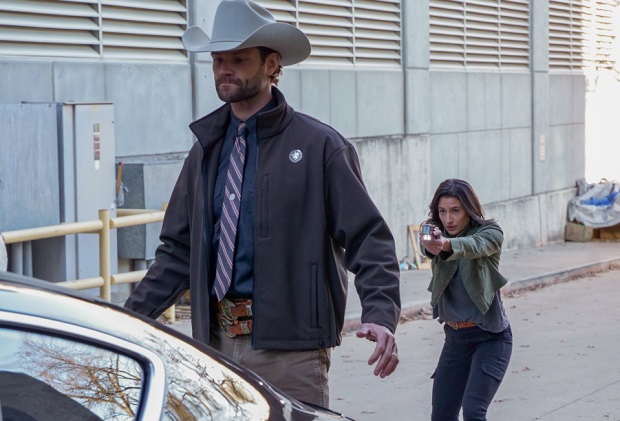 TVLINE | What are her and Walker’s first impressions of each other?
She thinks that he is the imposter who is pretending to be her partner, who has disappeared. So she is on the attack, and she thinks that this is a man who will say anything to get out of being arrested and captured, and she’s no longer on the Rangers when they first meet. So she’s kind of more of a bounty hunter, if you will. She is illegally capturing him, which Walker isn’t crazy about.

TVLINE | As Walker and Cassie start to get a feel for each other in this episode, how does that dynamic start to evolve? And what kind of a partnership does it turn into?
At first, they think of each other as a bit of a joke. Cassie thinks that she’s a better Ranger than Walker, Walker thinks that Cassie is incompetent. But as the episode goes on, we see that they are actually made to be partners because she is what he used to be, and I think he sees a lot of himself in her, and she learns a lot from him. 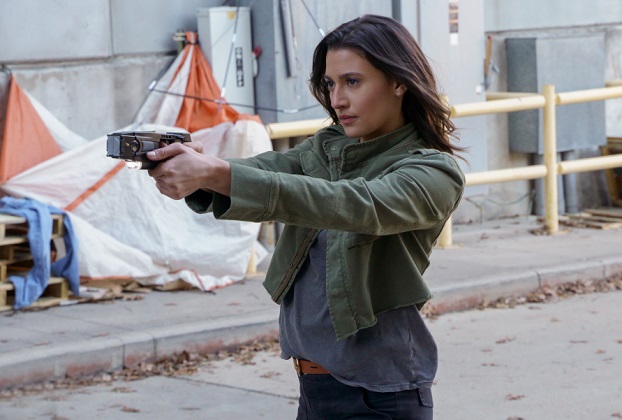 TVLINE | Your character is coming in to fill Micki’s spot as Walker’s partner, and she knows who Micki is, she’s aware of her. So how much is that weighing on her?
It’s a lot of pressure on her. She looks up to Micki a lot because she looks at her as the first female Ranger on this force, and as someone who just graduated from Ranger school, she’s the only role model [Cassie] has. So she feels the pressure a lot like, to be honest, I feel the pressure. But she accepts that she’s not replacing Micki as much as she is just [picking up] where she kind of left off and just doing the best that she can.

TVLINE | How would you say Cassie and Walker’s partnership compares to Walker and Micki’s partnership?
I think Micki kept Walker in check. A lot of the time, Micki was very straight-laced to Walker’s kind of rogue-ness. Whereas Walker has been able to reel it in because of Micki over the past season and a half and has grown up a lot, Cassie is wild and impulsive and balances that out, where she tells him, “It’s OK to have these instincts, and it’s OK to go wild sometimes. But we need each other to balance each other out.” 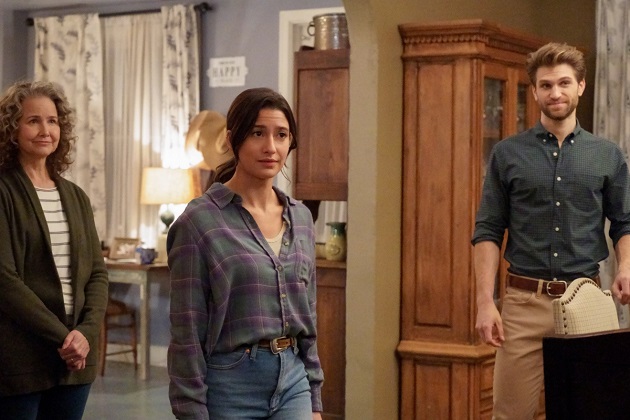 TVLINE | How does her relationship with the rest of the Walker family and Geri develop as the season progresses?
She becomes kind of like the therapist for a lot of people. Cassie’s wise beyond her years. She is a great listener, as much as she talks a lot and very quickly. And the family really takes her in. She doesn’t have much of a family herself, and so she finds her family in the Walkers. 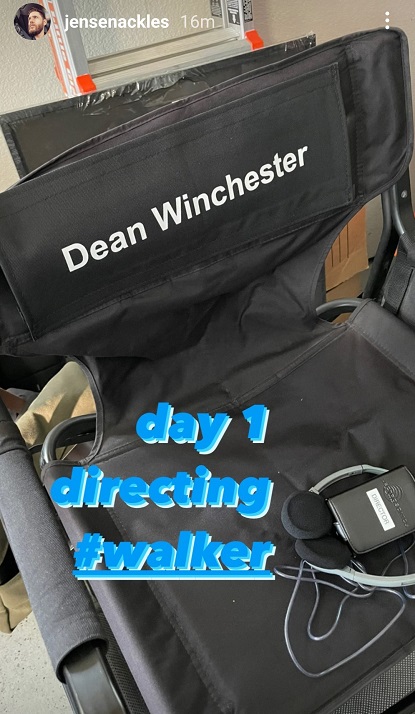 TVLINE | And finally, I wanted to ask you about your current director, Jared’s Supernatural costar Jensen Ackles. What’s it like being directed by him and seeing the two of them working together again?
They’re what everybody hopes for in this business. They’re best friends, they’re silly, and they work together so well. Jared is always trying to make Jensen laugh in front of the cameras. Jensen kind of gets Jared in line. They’re great together. They’re a phenomenal duo, and you can see why [Supernatural] lasted for so long and why they have the careers that they do, and they love each other so much. It’s awesome.

Press PLAY above to watch the sneak peek, then hit the comments with your thoughts!